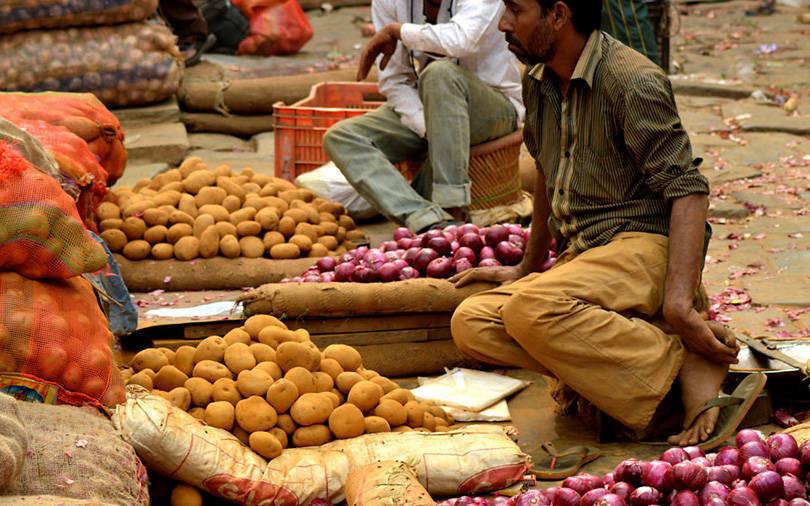 Annual wholesale price-based inflation rose to 14.23% in November, its highest since April 2005, according to data from Refinitiv, against 12.54% the previous month, government data showed on Tuesday.

Aditi Nayar, chief economist at rating agency ICRA, the Indian arm of Moody's said November's WPI figures were an all-time high, and came as a shock, reflecting an uptick in rising input costs for firms and the impact of rupee depreciation.

The gap between retail and wholesale price-based inflation has widened in recent months as many companies and retailers are struggle to absorb galloping input costs that threaten their bottom lines.

Wholesale inflation has remained in double-digits for the eighth month in a row while headline retail inflation is hovering near 5%, or within the central bank's target of 2% to 6%.

Consumer price-based inflation, the main gauge monitored by the monetary policy committee of the Reserve Bank of India, rose 4.91% in November from the corresponding month last year, speeding up from October's 4.48%, separate data showed.

Economists said that despite a softening in global prices of crude oil and the government's recent cut in fuel tax, inflationary pressures are building for households as firms try to pass on rising costs as domestic demand picks up.

Wholesale prices of food accelerated at a 6.70% pace in November from a year earlier, versus 3.06% the previous month.

The central bank's Monetary Policy Committee left interest rates on hold last week, saying growth was a priority as it warned of risks from inflation and the new Omicron variant of coronavirus on the economic recovery.

India's economy expanded 8.4% in the September quarter from a year earlier, the fastest pace among major economies, but economists say the pandemic situation is a wild card.