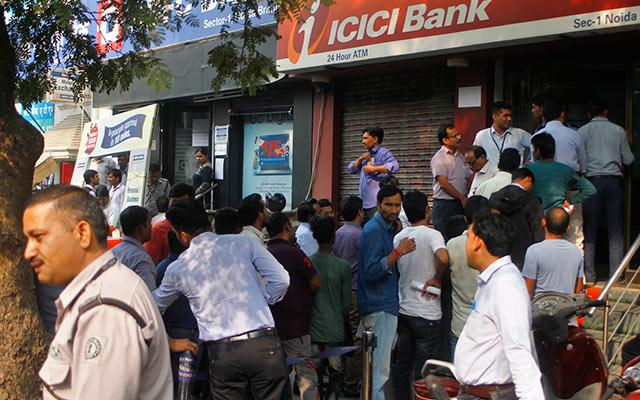 The government’s decision to scrap old high-value currency notes to fight corruption and push India towards a less-cash economy will have a far deeper impact, said panellists at a VCCircle event in Mumbai on Thursday.

The panellists, who were speaking at a discussion on the second day of the News Corp VCCircle Startup Summit 2017, were unanimous that demonetisation was, in fact, a unique way to make financial inclusion a reality for the unbanked.

Adhil Shetty, founder and chief executive of financial marketplace Bankbazaar.com, said that after demonetisation the number of people looking for financial products has increased. “People need to put money to use, be it in mutual funds or insurance products, more so, with asset purchases like realty are going down. A lot more people are getting savvy about online transactions.”

ClearTax.in’s Archit Gupta said the number of queries on his online tax returns filing platform went up four times and, finally, stabilised at two times. “The number of people paying taxes will go up. The tax payers’ base is expected to double and demonetisation will be a huge boost to that.”

Investors say they are cautiously optimistic on the impact of demonetisation with a few companies witnessing dramatic differences in their profit and loss statements in November and December. “Some saw a jump of 20-30% in the topline, while others saw a fall, depending on how essential the service was. We are seeing cash coming back into the system though not as much as it was before November. Net, net, it is a positive move and UPI, Adhaar and more sustainable financial inclusion (will help in the long run),” said Abheek Anand, principal at Sequoia Capital, a marquee investment firm.

Sucharita Mukherjee, chief executive, IFMR Holdings, a financial inclusion platform, stressed on the need to design interfaces in local languages to reach out to the financially under-privileged. “We need more interface developers who are proficient in local languages. I don’t see it as a barrier, but as an investment that needs to be made.”