She added that they are targeting a first close for the fund during this financial year and a final close in the next financial year.

The report said the firm is looking to raise around Rs 600-650 crore through the IPO and that it has been in talks with investment banks such as Edelweiss and Credit Suisse. 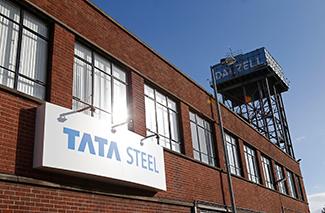 Tata Steel Ltd is set to pause the auction of its UK steelworks at Port Talbot as it assesses the fallout of the Brexit vote, the Mint reported citing The Sunday Times.

The company had announced plans to auction its UK plant in Wales earlier this year.

The report added that the board is yet to make a formal decision but it is under less pressure to sell the plant after steel prices rose, which has cut losses at the Wales site.

The decision may come as a blow to bidders, including trader Liberty House and Management buyout firm Excalibur. Also, The Sunday Times had reported in the past that the Tata Group had already been leaning toward keeping the plant even before the Brexit decision.

Noida-based builder Prateek Group has got an investment of Rs 200 crore from Pirmal Fund Management for its ultra-luxurious residential project Prateek Edifice at sector 107 in Noida, The Economic Times reported citing a person familiar with the development.

Cushman & Wakefield was the adviser to the deal, the report said.

Seven hedge funds have filed a lawsuit in the UK against Castex Technologies, formerly Amtek India, for manipulating its share price and Standard Chartered Bank for passing the worthless shares to the funds, The Economic Times reported citing people familiar with the development.

These funds bought a derivative instrument called an ASCOT bond from Standard Chartered on a foreign currency convertible bond issued to Castex in 2012 worth $130 million, with an annual coupon of 6%. The bond allowed the funds options to pay the remaining value of the bond and get shares of Castex should they chose to exercise the bond. The case against Castex is its manipulation of the share price to reach the conversion price.

NeoGrowth Credit, a lender to small and medium-sized retailers, has raised Rs 108 crore in its latest round of funding from IIFL Wealth Management’s Seed Venture Fund and other existing investors including Omidyar Network, Khosla Impact and Aspada.

NeoGrowth disburses loans ranging from Rs 2 lakh to Rs 1.5 crore. The tenure of the loan is six to 24 months. It has a loan book of Rs 600 crore, the report said.