If you’re Finnish, you’re 2,600 times as likely to win an Olympic medal as an Indian

In 2008, when ace shooter Abhinav Bindra won India an Olympic gold at Beijing, he achieved cult status back home, and the country simply couldn’t stop raving about him for months on end. Bindra had done what had never been done by an Indian before – he had won India its first ever Olympic gold medal in an individual sport since the country began participating in the games way back in 1900.

Indeed, so rare is an Indian success at the Olympics, that to date the second most populous country, has won only 9 golds (the other 8 were in team sports, mostly hockey), and 26 medals in all. This effectively means that as an Indian, you are statistically perhaps the least likely to win an Olympic medal. 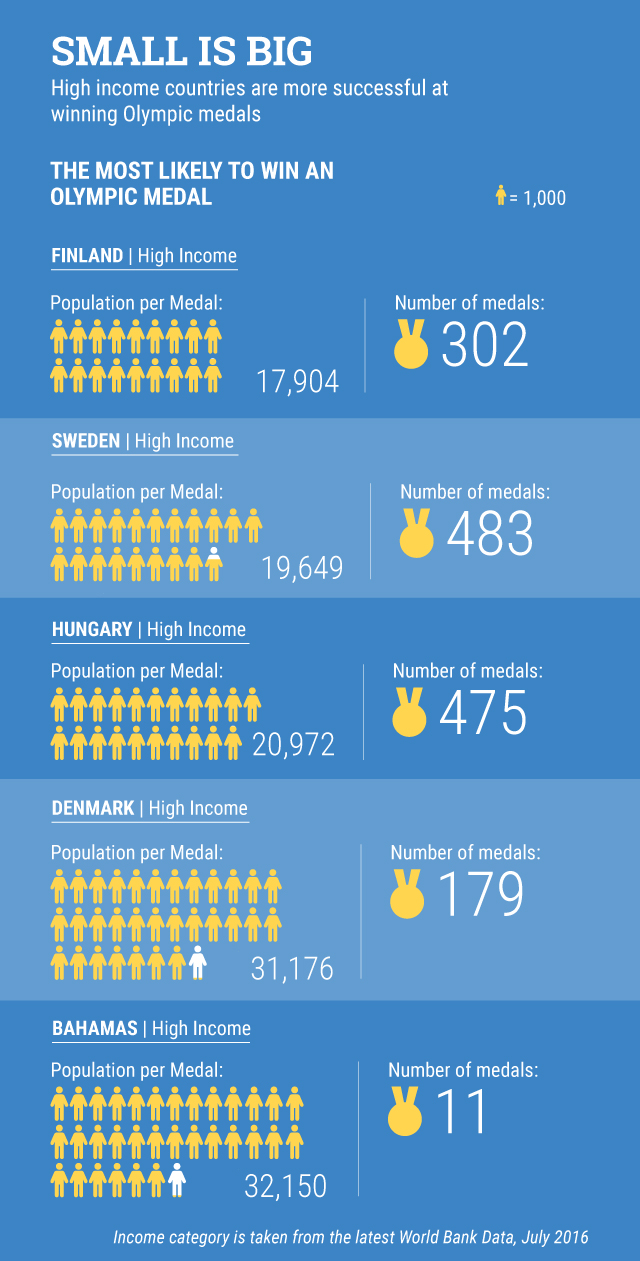 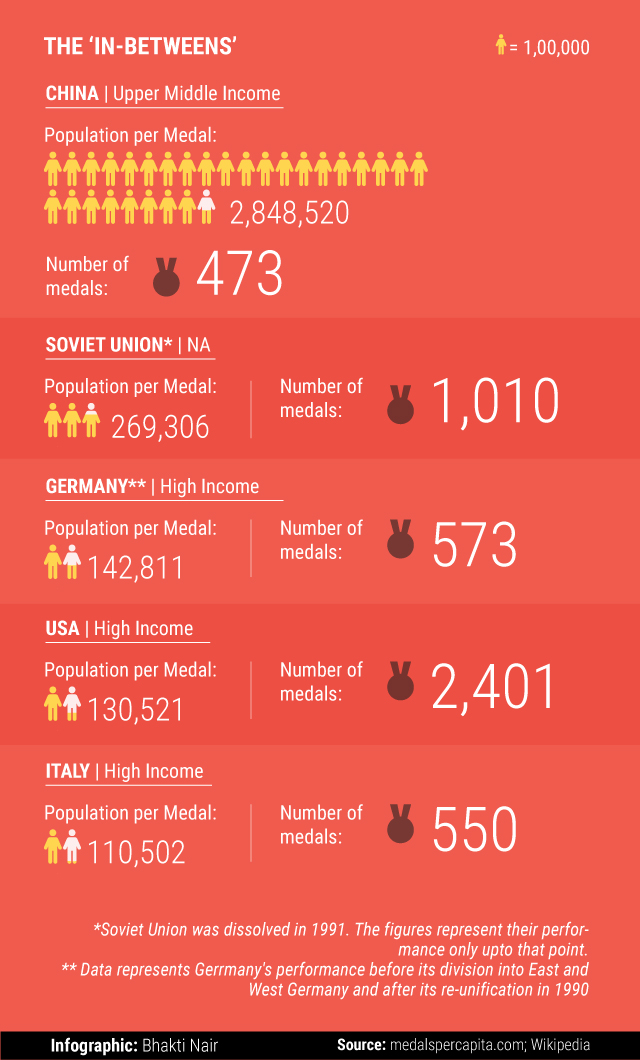 If one considers publicly available data, it becomes clear that countries with higher income levels tend to fare significantly better than their poorer cousins. Arriving at a medal per capita score isn’t of course an exact estimate, since populations across countries change significantly with time, but it is, nonetheless indicative of how well a country has historically done at the Olympics. While considering this data, some historical events including the dissolution of the Soviet Union and the reunification of East and West Germany have been considered as far as possible.

Data show that if you’re a denizen of Finland, you are 2,667 times as likely as an Indian to win a medal. In fact, considered on a medal per capita basis, all of the top 10 countries fall in the ‘high-income’ to ‘upper-middle-income’ category, going by World Bank’s latest income classifications for countries. Although none of the top medal winners including the US, Russia (the former Soviet Union has been show in the chart), China, the UK, Italy and France figure at the top on a per capita basis, they are all ‘high-income’ countries.

On the other hand, the bottom 10 fall in the ‘lower-middle- income’ to ‘low income’ category. Besides India, these include Vietnam, Iraq, Sudan, Tanzania and Ivory Coast.

Would India be able to better its performance at the Rio Olympics beginning in under a week? That, only time will tell. But, if statistics are anything to go by, it is unlikely.