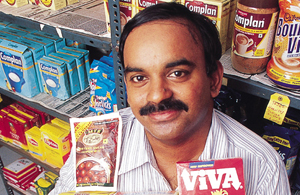 This will be second time ICICI Venture selling its stake in the Chennai-headquartered retail chain. A year ago, ICICI Venture had reportedly sold a 5 per cent stake to ICICI Prudential Mutual Fund for an estimated Rs 75 crore.

This had brought down ICICI Venture’s shareholding in the company to 25%.

ICICI Venture had taken a 10% stake in Subhiksha in July 2000, which was increased in 2004 after another round of funding of Rs 25 crore. Subhiskha was started in March 1997 in Chennai. It now has about 1,000 retail stores operating in four verticals namely fruits and vegetables, pharmaceuticals, FMCG and telecom.