How will Brexit impact India?

The United Kingdom’s exit from the European Union (EU) will have wide-ranging ramifications on not just Europe but also on countries across the world. Emerging economies including India could be affected by the reverberations of the result.

Immediate impact: The immediate impact has been visible with a virtual bloodbath on the bourses. Benchmark indices plunged as much as 3.6% in early trade before recovering a tad to close 2.2% lower, in line with the wider Asian and global trend. The Indian rupee declined at the start of trade, but the Reserve Bank of India reportedly intervened and sold US dollars to steady the local currency. The rupee could gain against a weaker pound. 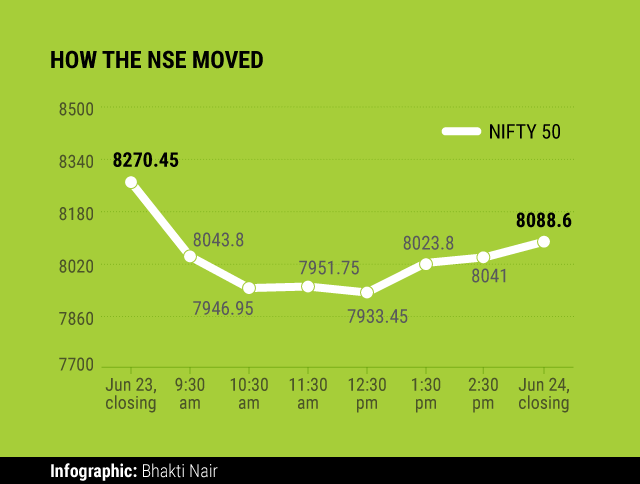 Long-term impact on trade and policy: India has been negotiating a free trade agreement (FTA) with the EU, which has been at an impasse on the issue of negotiating bilateral investment treaties. Now that the UK is out of the EU, India may not only have to renegotiate the FTA with the union, but also have to work toward a separate agreement with the UK. To be sure though, it could take more than two years for the UK to formally exit the EU.

Impact on immigration: As this report points out, the ‘Leave’ campaign had been saying that the UK’s exit from the EU could actually boost Indian immigration into that country, because till now European migrants had been favoured. Although migration from India fell over the decades from the 1970s to the early 2000s, it spiked during the last decade, although the numbers never went past 20,000 a year. Having said that, Brexit could mean that the general sense of hostility to immigrants could actually grow, thereby making it tougher for Indians to live and work there.

Impact on Indian companies: As many as 800 Indian companies do business with the UK, and in some manner or measure, the UK’s exit from the European common market would impact them all, although the jury is still out on whether it would be positive or negative. In recent times, Indian conglomerates like the Tata Group (Tata Consultancy Services, Tata Motors and Tata Steel) have acquired businesses in the UK. Other notable Indian companies operating in the UK or doing business with that country include Infosys, Wipro, Hindalco, Dr. Reddy’s Laboratories, Lupin, Tech Mahindra, Lodha Developers, Indiabulls Housing Finance, Bharat Forge and Motherson Sumi.

IT industry body Nasscom said Britain's exit will mark a phase of uncertainty for the $108-billion Indian IT sector in the near term. However, in the longer run it will be a mix of challenges and opportunities as the UK would seek to compensate for loss of preferential access to EU markets, Nasscom said.

Mahindra Group CFO VS Parthasarathy said the impact on India and Indian industries will not be significant. The impact on Mahindra Group will be muted, he added. Tata Motors-owned Jaguar Land Rover said it is “business as usual” and that it will manage the long-term impact and implications of the decision.

However, Biocon CMD Kiran Mazumdar-Shaw told the Press Trust of India that the UK vote to leave the EU has opened up a "Pandora's box of grave uncertainties" and India cannot be in denial that it will be immune to the development.