Housing.com has named Nandini Mehta its general counsel, as the SoftBank-backed real estate portal continues to strengthen its top management. 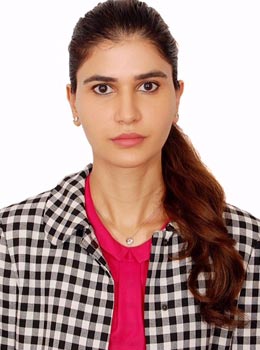 “We have ambitious plans for the company and it is important to have a strong management team which will help achieve our goals and contribute to the overall growth strategy,” said Rishabh Gupta, interim CEO and COO of Housing.com.

Prior to joining Housing.com, Nandini was a partner with J Sagar Associates, a law firm that extensively deals with media, entertainment and sports sectors. She has also worked with UTV Motion Pictures, Reliance Entertainment and Percept Picture Company.

A graduate from the ILS Law College in Pune, Mehta has 12 years of experience in advising corporate houses in media, broadcasting, internet, technology and sports sectors on commercial and legal aspects.

Mehta's appointment comes days after Housing.com named Mani Rangarajan its CFO. Rangarajan is a Silicon Valley veteran and has worked with several startups as well as large companies such as Citigroup and Yahoo. In August, Housing.com hired Valiant Entertainment’s co-founder Jason Kothari as chief business officer, a position that had remained vacant after Trip Wagoner, former Groupon MD left early this year.

Housing.com went through a top-level turmoil earlier this year that led to the exit of co-founder Rahul Yadav. An operating committee headed by Jonathan Bullock, a representative of the lead investor SoftBank, has been overseeing the company’s operations since the first week of May.

Earlier this month, VCCircle had reported that Housing.com was in talks to raise close to $30 million from SoftBank, almost a year after it last raised venture funding. The funding, when it goes through, would also mark the first since Yadav's exit.

Housing.com competes with 99acres.com, Magicbricks.com, CommonFloor.com and PropTiger.com, among others. PropTiger is 30 per cent owned by News Corp, which acquired the parent of this website in March.