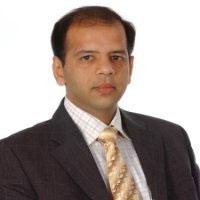 As the level of expectations rose sky-high, the Finance Minister has done a great job in keeping the promise given the Government.

A few bold proposals have been announced which have the flavor of high level of transparency and strict Governance.

The optimism in the air has now landed in the form of robust and tax friendly reforms.

Global deal makers also have a reason to rejoice. Taxation of indirect transfers (generally applicable to global deals) which was acting as a pain point for them on account of level of uncertainty in Indian tax law have a reprieve of sorts as adequate guidance has been announced on the trigger of tax, method of computation and exemptions have been provided for specific situations. While this is a welcome announcement, one notes that these clarifications have been made with prospective effect whereas the tax law (in terms of which tax was originally introduced) still stands applicable with retrospective effect. Thus, the million dollar question arises as to what would be the fate of those transactions which have taken place in the past. One will have to see whether the Courts apply these clarifications for those deals.

Another announcement is the deferral of General Anti Avoidance Regulations (GAAR) by two years to 1 April 2017. While this has brought a smile to the tax payer and investor community, an additional bonus for them is that grandfathering provisions have also been amended. It has now been proposed that all investments made upto 31 March 2017 will be grandfathered and will not be under GAAR even if these investments are sold after 1 April 2017. This has brought an additional cheer for tax payers and investment community.

Recognizing the attention to be given to the infrastructure sector, there has been a special mention in the Budget to allocation to infrastructure, roads and also special impetus has been given to funds and investors to invest in these assets.

The Finance Minister has reiterated the Government’s stand of taking serious action against possession of black money. Severe steps have been announced to curb such practices.

The Foreign Institutional Investors will also breathe a sigh of relief as the Finance Minister has clarified that FIIs will not be subject to Minimum Alternate Tax: an area that was a subject matter of dispute with the tax authorities.

There is no doubt that deal makers will look up to the coming financial year to be one of the best one where there will not only be an overall economic development but also increase in deals and transactions.