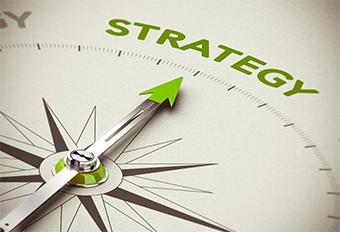 In what is reminiscent of DICCI SME Fund launched by former finance minister P Chidambaram, the government could soon launch a venture capital (VC) fund for minorities and depressed classes as it looks to push social sector reforms. Notably, the Dalit-focussed fund had remained a non-starter, raising just Rs 50 crore in three years.

A report in The Economic Times newspaper on Tuesday said the VC fund was among the several recommendations made to Prime Minister Narendra Modi by a group of secretaries. Recommendations also included a higher maintenance amount for senior citizens, mandatory job reservations for sportspersons and autonomy for top educational institutions.

The report added that the VC fund has been proposed to cover minorities, backward castes and scheduled tribes on the same lines as scheduled castes, although few other details are available.

In 2012, the government launched a new VC fund to support Dalit entrepreneurs, a year after it was first proposed by the Dalit Indian Chamber of Commerce and Industry (DICCI). An initial contribution of Rs 10 crore came from Small Industries Development Bank of India. Although the fund hoped to raise as much as Rs 500 crore in 10 years, it failed.

In July 2015, The Economic Times reported that the fund was close to shutting down as DICCI could not convince financial institutions. Apart from a lack of interest, what also contributed to the fund’s demise was the launch of similar funds by the government, such as the Rs 200-crore fund with the Industrial Finance Corp of India and the Credit Guarantee Enhancement Scheme, which offered Dalit entrepreneurs loans at concessional rates.

A Forbes report from November 2015 notes that San Diego-based Founders First Capital Partners (FFCP) launched a fund focussing on entrepreneurs in under-represented and under-funded demographics, whose companies had revenues between $250,000 and $2 million. To be sure, FFCP focusses on funding veterans and women, apart from minorities.

In fact, as a May 2013 research paper by William E. Jackson III and Timothy Bates noted, the number of minority-focussed equity funds in the US “grew significantly during the period of the 1990s,” but, in recent times, “these funds have invested in fewer minority-owned businesses and have increased their non-minority-owned high-tech investments.”

However, the research also found that “investing in high-technology companies and participating in syndicated investments tended to lower returns.”

“The research also uncovered evidence that minority-oriented equity capital funds that funded a larger share of minority-owned businesses were less likely to be active in the management of these businesses,” the paper further noted.