The aviation ministry has dropped a proposal to raise the foreign investment limit in local airline companies to 74% from 49%.

The proposal was part of the draft civil aviation policy, which is awaiting cabinet approval, but the ministry has now shelved the idea, the Mint newspaper reported citing civil aviation secretary Rajiv Nayan Choubey.

India allowed foreign investment of up to 49% in airlines in 2012. This prompted the Tata group to launch Tata SIA Airlines Ltd with Singapore Airlines Ltd and low-cost airline AirAsia India along with Malaysia’s AirAsia Bhd. Etihad Airways also bought a 24% stake in Jet Airways (India) Ltd.

Indian cement makers Shree Cements, Dalmia Bharat and South India-based Ramco are in the race to acquire the Sri Lankan operations of LafargeHolcim.

The sale of the Sri Lankan operations is part of LafargeHolcim's plans for global portfolio realignment, the report said.

OrbiMed Advisors to pick up minority stake in Suraksha Diagnostic

This will be the second round of funding by the Kolkata-based Suraksha and will see its existing investor Lighthouse Advisors India selling a minority stake, the Mint reported citing people close to the matter. It raised around Rs 50 crore from Lighthouse Advisors in February 2013.

The new round will raise around Rs 150 crore, which will include a fresh issue of equity of Rs 50 crore, at an enterprise value is around Rs 600 crore. 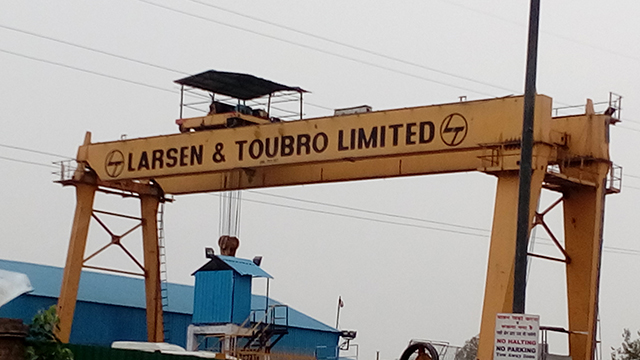 The company is likely to file papers with the capital markets regulator Securities and Exchange Board of India for the IPO by the end of July. Larsen also plans to list its software services unit, Larsen & Toubro Infotech Ltd, as soon as next month.

The government has started consultations to allow up to 49% foreign direct investment in existing pharmaceutical companies via the automatic route.

The finance ministry has also asked the department of industrial policy and promotion to identify other sectors where the rules can be used, The Times of India reported.

Under the automatic route an investor only has to inform the Reserve Bank of India after pumping money into the country.

A group of central and state government officials, which was set up to frame the law for the proposed goods and services tax (GST), has submitted its final draft. The empowered committee of state finance ministers will consider it next week, The Economic Times reported citing people familiar with the matter.

The draft law is likely to be made public after it's deliberated by the empowered panel headed by West Bengal finance minister Amit Mitra, the report said.

The government is expected to make a renewed push for the passage of the constitutional amendment bill to roll out the GST in the upcoming monsoon session of parliament.

The GST seeks to replace central and state taxes such as excise duty, service tax, value-added tax, entry tax and octroi with a single levy and create a unified national market.