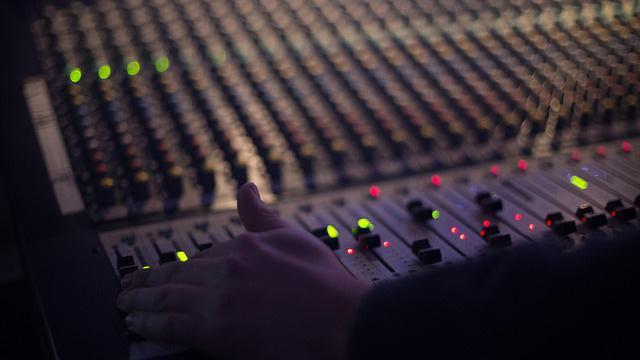 Music Broadcast Ltd, which runs FM radio channel Radio City, made a strong debut on the stock markets on Friday with its shares listing at a 26% premium to their issue price but pared gains subsequently.

The shares began trading on the BSE at Rs 420 apiece, compared with the initial public offering price of Rs 333, stock-exchange data showed. The shares fell to a low of Rs 368 on profit-taking before closing at Rs 373.15, giving the company a market value of about Rs 2,129 crore ($325 million).

The benchmark BSE Sensex rose 0.2% to close at a record high.

The positive start comes after the IPO of Music Broadcast, which is majority-owned by Blackstone-backed Jagran Prakashan Ltd, was subscribed more than 39 times earlier this month.

Music Broadcast is the second company to list on bourses in 2017, after BSE Ltd. The stock-exchange operator had gained 33% on its first day.

The IPO by Music Broadcast is also the first by a radio operator since Times Group-controlled Entertainment Network (India) Ltd, which runs Radio Mirchi, went public in November 2005. Entertainment Network fell 1.1% on Friday and commands a market valuation of about Rs 3,908 crore, stock-exchange data show.

Music Broadcastâ€™s Rs 488-crore IPO comprised a fresh issue of shares and a sale of shares by promoter group individual Sameer Gupta and other members of his family. The overall issue saw a sale of 14.67 million shares, of which existing shareholders off-loaded about 2.66 million. The issue saw a dilution of a 25.71% stake on post-offer equity capital.

Jagran Prakashan had entered the radio segment in December 2014 with the acquisition of Music Broadcast Pvt. Ltd from private equity firm India Value Fund Advisors and Star Group, which is part of the Rupert Murdoch-controlled 21st Century Fox. Murdoch also runs News Corp, the parent of this news website.

The IPO market in India picked pace after four years of slow activity in mid-2014 when the BJP-led government took over. In 2015, 21 companies raised about Rs 14,000 crore, as per stock-exchange data. In 2016, 27 companies tapped primary markets, collectively raising more than Rs 26,500 crore, the data showed.