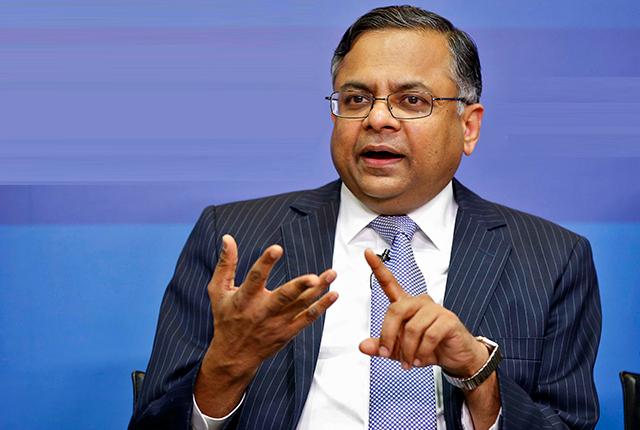 But who really is Chandra, as he is popularly known? Here’s all that you wanted to know about Chandra, the first non-Parsi to rise to the top at Bombay House, the headquarters of the Tata Group.

Where did he study?

When did he join TCS?

Chandra has been with TCS since 1987. This was his first job after college.

What other jobs has he held?

Besides heading TCS, Chandra has been on the boards of Tata Sons and the Reserve Bank of India. He was appointed to both these positions last year. Chandra was also the Nasscom chief in 2012-13.

What has been his claim to fame at TCS?

Chandra has been instrumental in making TCS the most valuable Indian company with a market capitalisation of more than Rs 4.6 trillion. Under his leadership, the company's revenues have jumped from $6.4 billion in 2010 to $16.5 billion in 2015-16.

How about his personal life?

Born in 1963, Chandra lives in Mumbai with wife Lalitha and son Pranav. He is an avid photographer and a passionate long-distance runner. He has completed several marathons around the world including in Amsterdam, Boston, Chicago, Berlin, Mumbai, New York, Prague, Stockholm and Tokyo.