Fed heads for the exits despite Omicron. Who will follow? 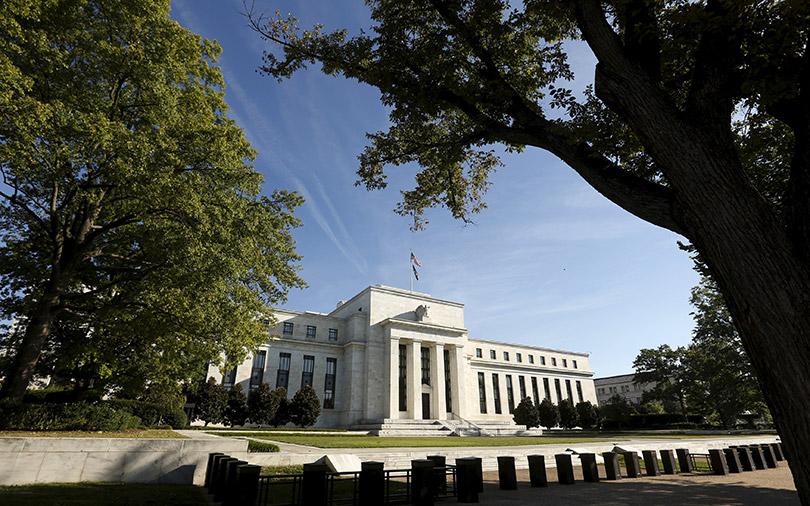 The U.S. Federal Reserve didn't beat around the bush on Wednesday when it signaled that raging inflation is its biggest risk and not the potential economic damage from the fast-spreading Omicron variant.

The Fed doubled the pace at which it will reduce its bond purchases, while new forecasts from policymakers signaled as many as three interest rate increases next year. Chair Jerome Powell then waxed enthusiastically about the strength of the U.S. job market.

"The economy no longer needs increasing amounts of policy support," Powell told a news conference. "In my view, we are making rapid progress toward maximum employment."

Whether any of the Fed's peers are ready to follow its lead, however, will become clear in the next 24 hours with a rapid-fire succession of meetings by the Bank of England, European Central Bank and the Bank of Japan.

Of the three, however, only the BoE is likely to take more than a baby step in trimming the monumental support provided to its economy through the pandemic. That could set the stage for a choppy 2022 with a Fed determined to end its asset purchases as fast as possible and kick off interest rates soon after, while others will be more hesitant to shift so decisively in that direction.

The BoE could become the first of the major central banks to raise interest rates at Thursday's policy meeting, but the United Kingdom is also where friction between Omicron and way-over-target inflation is playing out most vividly.

UK daily coronavirus infections are now at their highest since the earliest days of the pandemic, forcing Prime Minister Boris Johnson this week to join with opposition lawmakers in imposing new restrictions.

On the other hand, shocking data on Wednesday showed consumer price inflation at a decade-high rate and bets in financial markets on a December rate hike jumped to 60% from about a third.

"There is now the real risk of inflation becoming entrenched – especially considering the signs of second-round effects in terms of rising wages, supported by a strong labour market – but this is balanced against the threat to the economic recovery from the new Omicron variant," said Ellie Henderson, an economist at bank Investec.

Investors and economists are not expecting anything nearly as bold this week from either the ECB or BOJ.

The ECB is expected to be among the last to tighten policy, and the current unusually vibrant debate is focused on whether to dial back an exceptionally generous stimulus scheme just a notch. The caution is easy to understand. The bank has undershot its inflation target for most of the past decade, so it would rather move too late than too early, fearing that a misguided policy tweak could unravel years of work.

The euro zone's recovery is also trailing others. The bloc is just getting back to its pre-pandemic size and the job market could take another two years to recover. Debt levels are also at record highs, particularly in the bloc's south, so any big retreat could widen the spread between German and Italian debt, raising questions about the sustainability of these debt levels.

In Japan, the consumer-level inflation that is tearing through other parts of the globe remains largely absent. As such, only a marginal reduction in corporate asset purchases is under discussion at Friday's BOJ meeting.

Even if the others are not hard on the Fed's heels, Powell and the Fed appear to have set the agenda for a tumultuous 2022 as central bankers chart their ways to the exits, albeit at dramatically different paces.

"You saw it in his congressional remarks that were more about tightening sooner than it was about worrying about the health of the global economy," said Vincent Reinhart, chief economist for Dreyfuss & Mellon. The Fed and other central banks are "conveying a sense that they are heading for the exits. Modern central banking is much about managing expectations and they do not want to be seen as behind the curve."