Yepme's co-founder and chief executive Vivek Gaur confirmed the development to VCCircle, and added that the company planned to raise an "additional Rs 9.5 crore ($1.48 million) via similar instruments."

A top official from the company told VCCircle on the condition of anonymity that Yepme will raise the said amount by the end of the month. 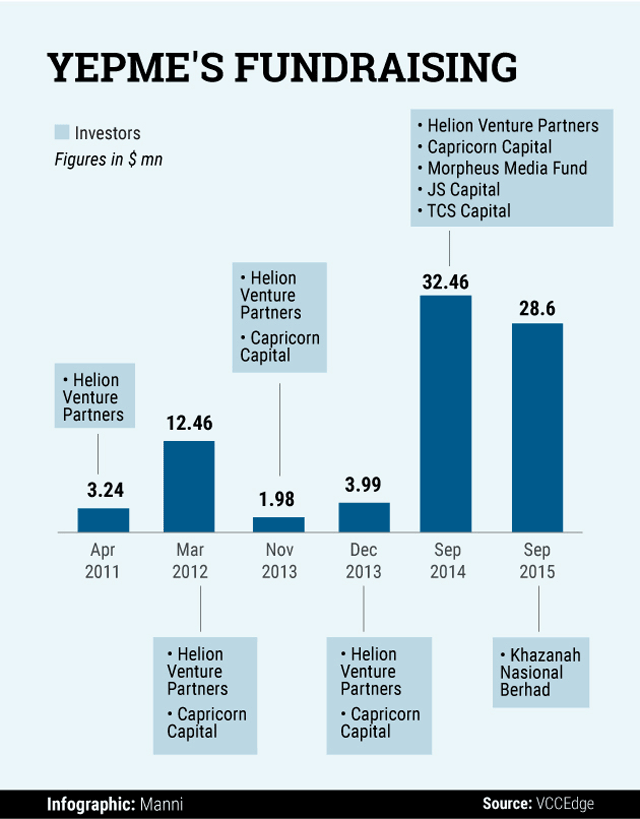 "This bridge round will help the company tide over the current liquidity crunch," the official added.

Yepme has been going through troubled times of late, amid several reports of lay-offs and salary delays. In February, VCCircle had exclusively reported on these issues.

Separately, Gaur said the company was planning to launch 20 franchise stores across India by next month.

In February, Yepme joined e-commerce giant Amazon’s global selling programme, under which its fashion products will be sold in key European markets such as the UK, Germany, France, Italy and Spain.

Yepme’s last disclosed funding round was in September 2015, when it raised $28.6 million from Malaysia’s Khazanah Nasional Berhad, according to data from VCCEdge, VCCircle’s data research arm.

Prior to that, it had raised $32.5 million from Helion Venture Partners II LLC, Capricorn Capital Partners and Morpheus Media Fund in September 2014.

The firm was also reportedly in fund-raising talks with Japanese Internet conglomerate SoftBank in January 2015, which seemingly fell through.

The company was founded in 2010 by Sandeep Sharma (COO and CTO), Gaur (CEO) and Anand Jadhav. Sharma is an IIM-Bangalore alumnus who had previously worked at Accenture, Sapient and HCL. An IIM-Lucknow alumnus, Gaur had earlier worked at HT Media, Living Media India and Hindustan Unilever. Jadhav is also an IIM-Lucknow alumnus and had previously worked at Omved Lifestyle, Reliance Retail and Infiniti Retail.