Exclusive: Loancircle gets angel funding from Toppr’s Hayath, others 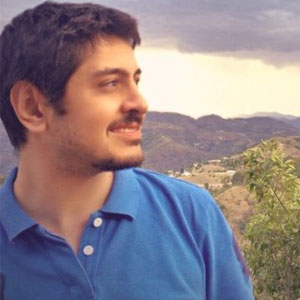 Loancircle.in founder Tanuj Mendiratta confirmed the funding but did not provide details.

Loancircle.in, which is run by Bangalore-based Moneyvation Technologies Pvt Ltd, will use the capital to expand its technology, operations and risk management teams.

Loancircle.in uses unconventional data points (about the borrower) such as education, employment, transactions, salary and so on to increase predictability in the process of availing unsecured loans. In other words, the startup does not solely rely on the applicant’s Credit Information Bureau (India) Ltd (CIBIL) score or credit history in firming lending recommendations.

Today, most lenders depend on a person’s CIBIL score for deciding whether a request for credit should be approved. While CIBIL scores range from 300 to 900, statistics show that almost 60 per cent of loans go to those with a score above 750.

"Loancircle is using close to 1,000 data points per applicant to identify those good borrowers who have been denied access to capital. Even for borrowers who may be able to get a bank loan, we can profile them better through our data modeling and give them better rates,” Mendiratta, an alumnus of IIM Calcutta, said.

Mendiratta was also a co-founder at analytics and A/B testing solutions firm Appiterate, which was acquired by the country’s largest e-tailer Flipkart early this year. He quit Flipkart months after the acquisition.

Loancircle.in, which was formed in August, claims to have facilitated 105 loan approvals through its platform since inception. “The first loan approvals happened on August 18. So we have done quite a bit in the last 40 days,” said Mendiratta.

The firm, which is tying up with banks and NBFCs on the lending side, aims to facilitate loans worth Rs 20 crore by March 2016.

Loancircle.in competes with startups such as Indialends, Faircent and others.

A few months ago, New Delhi-based IndiaLends raised an undisclosed amount in a pre-Series A round led by DSG Consumer Partners and angel investors such as Siddharth Parekh. In January, Gurgaon-based Fairassets Technologies, which is behind P2P lending marketplace Faircent, secured an undisclosed amount in funding from Devesh Sachdev and Ashish Tiwari (promoters of Fusion Microfinance Pvt Ltd) at an enterprise valuation of $4 million.

India’s fin-tech space has become a preferred one for venture capitalists and young entrepreneurs. There is heightened investor interest in this sector as several startups are using technology to disrupt the country’s current systems of lending, borrowing, personal finance and financial inclusion.