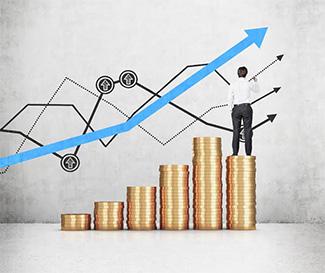 The fundraise will help OmniActive diversify its portfolio including via acquisitions, the firm said in a statement.

VCCircle had reported in August 2016 that OmniActive was looking to raise around Rs 200 crore from private equity firms.

This is Everstone Capitalâ€™s fifth investment from its third fund. In the healthcare sector, the firm invested in pharmaceuticals delivery company Ascent Health in March 2016 and in Rubicon Research in October 2016.

Avendus Capital advised on the transaction.

Sanjaya Mariwala, managing director at OmniActive, told VCCircle on Monday the fundraise is solely toward helping the company make an acquisition.

In September, Mint reported that OmniActive was in talks to acquire Bangalore-based Indfrag Ltd.

Mariwala declined comment on Indfrag, but said the firm is close to making a domestic acquisition. He added that the acquisition will help the company accelerate annual revenue growth to 30-40% from 20%.

OmniActive is planning to scout for companies in Italy, Germany and France in Europe, North America, and Korea and Taiwan in Asia, Mariwala said. These future acquisitions may be in the range of $10 million to $20 million. OmniActive may raise further equity capital or use debt funding for these acquisitions, he said.

Mariwala also said that OmniActive will consider going public when its revenue crosses Rs 1,000-1,500 crore and that the offering could then provide an exit to Everstone. The companyâ€™s revenue is around Rs 300 crore, he said.

According to VCCEdge, the data research platform of News Corp VCCircle, OmniActive reported net sales of around Rs 169.8 crore for the year through March 2015.

OmniActive develops ingredients used in products such as dietary supplements, functional foods and beverages and personal care products, according to its website. One of its products is Capsimax Capsicum Extract, an ingredient that goes into tablets, capsules and beverages used in weight management and sports nutrition. It also makes curcumin extract, a type of turmeric and ginger extract. Its marigold extract ingredient is used for products for eye health.

The company has three research and development facilities, at Pune and Thane in Maharashtra and Prince Edward Island, Canada. It has a manufacturing facility in Pune.