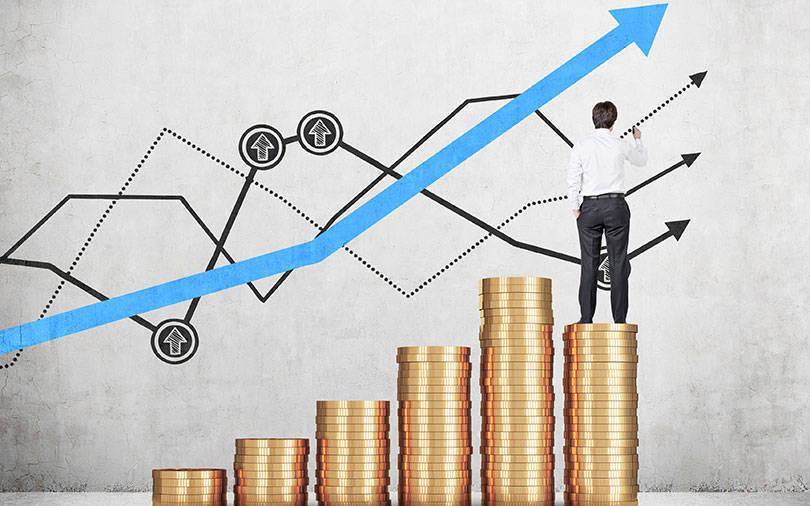 Reuters - Most of emerging Asia's stocks and currencies rose on Wednesday after the Federal Reserve Chair Jerome Powell sounded less hawkish than expected overnight, with the South Korean won jumping for a third day on growing rate hike bets. The Thai baht, Malaysia's ringgit and the Taiwanese dollar rose 0.2% to 0.3%, while stock markets in South Korea, Indonesia and the Philippines climbed between 0.3% and 1.3%. The U.S. dollar tumbled after Powell did not provide any new details on interest rates at a congressional hearing on his confirmation for a second term as the Fed's chair, adding that he believed the economy could handle tighter monetary policy.

But he said that policymakers were still debating approaches to reducing the central bank's balance sheet, which could take two, three or four meetings to decide. "Market expectations for the Fed's rate hike timeline remain largely unchanged after his speech, suggesting much has been priced for now, and the positive market reactions to policy tightening appears to suggest some acceptance," said Yeap Jun Rong, Market Strategist at IG.

That boosted beaten down tech stocks the most on Wall Street, and South Korea's tech heavy bourse KOSPI tracked those gains to rise 1.4%, eyeing its best session in about six weeks. The won advanced 0.4%, taking this week's gains to almost 1% ahead of the Bank of Korea policy review on Friday where a 25 basis point hike to the benchmark interest rate was extremely likely.

The won has also bounced since the South Korean finance ministry on Monday warned currency market movements were being closely watched after it traded at 1-1/2 year lows last week. In more positive news, China's factory-gate inflation slowed more than expected in December. Though producer prices remain elevated, the cooling trend should provide room to the country's central bank to loosen monetary policy. The yuan firmed 0.1% and Shanghai stocks climbed 0.3% on the possibility of more stimulus as the world's second-largest economy grapples with property woes, COVID-19 outbreaks and a manufacturing slowdown.

Defying the trend, the Philippine peso slid 0.4% as the net oil importing country's currency was hurt by crude prices surging 4% on hopes the spread of the Omicron variant would not derail a global demand recovery. The peso is already under pressure from the nation's widening trade deficit, which was mostly due to a very high fuel import bill.