Do Uber drivers make more than the average software developer? 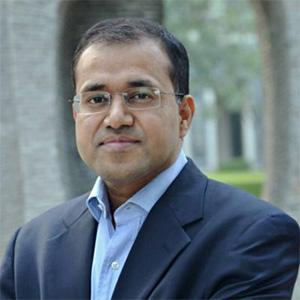 On Friday, Uber India head Amit Jain sought to dispel the simmering discontent among its drivers over falling earnings and shrinking incentives, but he may well have stoked the fire instead. In a blog post titled 'Driving with Uber: Setting the record straight' that carried five "frequently asked questions", Jain has claimed that 80% of Uber drivers who are online merely six hours a day earn between Rs 1,500 and Rs 2,500 daily, after Uber’s service fee.

If Jain is right, a driver's monthly earnings still range from Rs 39,000 to Rs 65,000, assuming he is behind the wheel 26 days a month. Not only does this sound like a tall claim in the wake of several strikes and agitations by drivers and driver associations, who claim their earnings have fallen from over Rs 70,000 to 15,000, it also means the average Uber driver is better off than the average software developer.

Jain also acknowledged that while some drivers "do earn less than three years ago, earnings in India are attractive for the majority even after reductions in incentives". He added that drivers who earn less do so because they drive for shorter periods of time, drive outside of peak demand periods, operate only in specific areas in their city and reject rides more frequently.

However, the ones who prioritise driving at peak demand periods when incentives are highest, drive the entire city and accept all, or close to all, incoming ride requests, are at the higher end of earnings, he said.

In January, drivers of taxi-aggregators Uber and Ola went on a five-day strike in Hyderabad and, two weeks ago, a similar strike was organised in Bangalore, with drivers echoing the same demands–better incentives and more bookings. The drivers allege that their incomes have drastically reduced in recent months as the taxi-hailing firms continue to acquire more cabs.

While services have partially resumed in Bangalore and Delhi, cab drivers in Mumbai, who had planned a strike on 1 March have now deferred it to 21 March, a report by the Hindustan Times said.

In Bangalore, Uber went so far to even get a restraining order from the Karnataka High Court to prevent protesters, including union leaders and members, from blocking and stopping the company's cabs.

In an interaction with VCCircle last month, Tanveer Pasha, president of Ola, TaxiForSure and Uber (OTU) Drivers’ and Owners’ Union, said that "the taxi aggregators have gone back on their promises. This has caused severe issues for thousands of drivers, who are struggling to repay their monthly EMI".

A major pain point for drivers is the incentive policy, i.e., the variable remuneration linked to the number of trips clocked in a day. Cab drivers say that the number of taxis plying on the roads has reduced demand which, in turn, has affected their earnings. Also, with fares falling to as low as Rs 6 per km and commissions increasingly getting bigger, drivers claim they are unable to get enough bookings to sustain their earlier levels of income.

In defence of the low rates, Jain said that Uber was a two-sided market that needed to balance the needs of riders and drivers. However, on the question of incentives, his response was more roundabout: "These incentives vary widely by individual drivers. They are dynamic, as is our business model.”

Do Uber drivers make more than the average software developer?