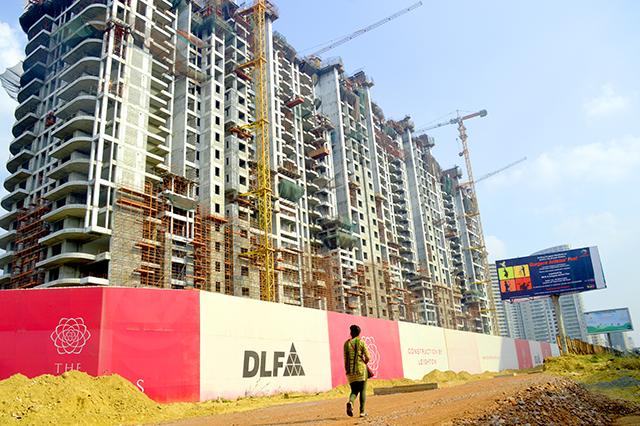 Real estate firm DLF Ltd said on Wednesday it has decided to enter into an exclusive pact with Singapore sovereign wealth firm GIC Pte Ltd for the sale of a 40% stake by its founders in the group's commercial rental property arm.

The developer said in a stock-exchange filing it will now negotiate definitive pacts with GIC and that the transaction will be subject to necessary regulatory approvals. It didn’t disclose any financial details of the proposed transaction.

The announcement comes barely a fortnight after DLF extended for the second time by a year the deadline for the planned stake sale in DLF Cyber City Developers Ltd to 18 March 2018.

KP Singh and family, who control DLF, had in 2015 planned to sell 159.7 million cumulative compulsorily convertible preference shares (CCPS), or a 40% stake in DLF Cyber City, by March 2016. It first extended the deadline last year.

VCCircle had reported as early as October 2015 that GIC had emerged as a strong contender for the stake.

DLF is looking at a valuation of Rs 12,000-14,000 crore for the 40% stake in DLF Cyber City, in which the developer will own the remaining 60% stake. It aims to put back proceeds from the stake sale into the parent company to cut debt.

The realty major has tried a slew of measures including divestment of non-core assets and land parcels and restructuring to reduce its debt. It had a net debt of Rs 22,202 crore as of 31 March 2016.

The developer had earlier tried to mark its presence across India but has lately backtracked and is now focusing on its core market of Delhi-NCR. Given the slowdown in the real estate market, especially in NCR, it has shied away from launching new residential projects and is trying to finish the existing ones.

DLF reported a 46% year-on-year drop in its consolidated net profit to Rs 98.14 crore for the October-December quarter. Its total income decreased to Rs 2,177.9 crore during the quarter from Rs 3,109.6 crore in the same period last year.