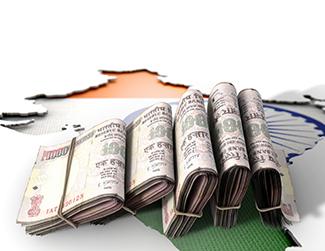 Just two days remain before the 50-day window to deposit old notes with banks comes to an end on 30 December.

If news reports are to be believed, Rs 14 lakh crore, out of the Rs 15.4 lakh crore that was sucked out of the system on 8 November, has already come back to banks, even though the government was hoping that a third of the amount will not return to the banking system.

This essentially means that either the government’s estimate of black money in the form of hard cash was awry or that Indians have simply managed to launder most of their black money.

In fact, throughout this period, there were daily reports and TV news exposes on how unscrupulous people across the country were trying to launder their money.

While hawala channels and several other traditional ways like converting cash into bullion or jewellery have long been used to change the colour of money, the last month and a half saw India use newer techniques to try and evade taxes.

Here are seven curious ways in which people allegedly converted their black money into white.

Bought Bitcoins: This was perhaps the newest way in which people allegedly tried laundering money. A 19 December report by India Today said that a group of agents were selling bitcoins to people at a premium in lieu of old notes. The report said that the cryptocurrency was being sold at a 20% premium via Zebpay, an Indian bitcoin exchange.

The report also noted that as queries surged following the government’s 8 November announcement, the price of bitcoin in the Indian market was 8% above that in the US. Zebpay, however, denied that its platform was being used for such transactions and said that it asks all users for PAN details and forbids any cash transactions.

Via RTGS: On 5 December, a news report in The New Indian Express said that the Enforcement Directorate had arrested two Axis Bank managers for allegedly helping their clients transfer huge amounts of money via the Real Time Gross Settlement (RTGS) electronic payment route, into shell companies, including a case where the director of such a firm was a petty labourer.

This was interesting given the fact that RTGS is an online method of money transfer, in which a complete trail of the sender and the receiver is established. Axis Bank said that it had suspended the concerned officials. Subsequently, several other news reports alleging similar techniques being used by other bank employees surfaced.

Bought railway and airline tickets: People reportedly bought train and airline tickets in cash with old notes, with the intention of cancelling and redeeming the same. The government, of course, woke up to this and a few days following demonetisation, ticket counters stopped accepting old notes.

Using people as ‘mules’: If there was one example of theft in plain sight, this was it. People with large stashes of outlawed cash literally employed armies of people to stand in queues and exchange old notes for new, for a small commission, of course.

The government tried to check this practice by mandating banks to apply indelible ink on the fingers of those who had exchanged notes once over the counter, but to little avail. Eventually, however, over-the-counter exchange was stopped and people were asked to deposit notes in their accounts.

Parking money in Jan Dhan accounts: Ever since the government opened millions of zero-balance Jan Dhan accounts to bring the unbanked into the banking system, it had been under fire as most of these accounts remained inoperative. Black money hoarders, however, found some good use for such empty accounts as they coaxed, cajoled or coerced the poor to park their untaxed money into such accounts. The government soon realised that deposits into such accounts swelled by thousands of crores, and imposed a monthly withdrawal limit on them. Income tax authorities have since been busy sniffing suspicious accounts out and trailing those whose money may have been parked there.

Via temple trusts: When all else fails, you turn to god. To salvage their untaxed wealth, people also reportedly turned to temple trusts, which allegedly routed their cash and laundered it for a fee. A 2 December India Today report detailed how the head priests of various temples across Delhi and the National Capital Region were offering to launder money for a commission.

Via political parties: Several political parties allegedly used the tax exemptions given to them to route illegal money. The fact that several thousands of parties exist only on paper and are basically used to launder money has reportedly led the Election Commission to write to the Central Board of Direct Taxes to look into the finances of more than 250 registered but unrecognised parties.