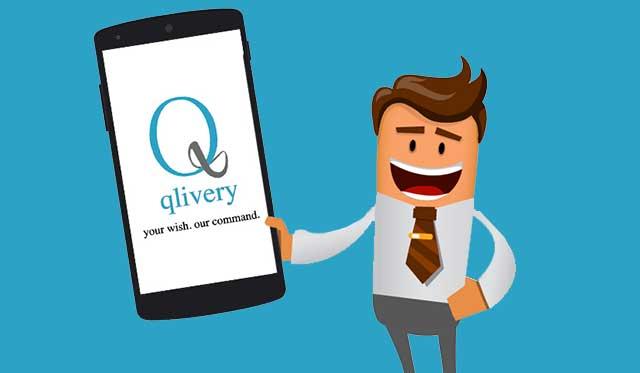 In a statement, Rohit Pansari, co-founder of Qlivery, said the funds will be used for customer acquisition, ramping up the technology infrastructure and implementing artificial intelligence into the platform.

The new round of funding comes barely two months after Qlivery raised an undisclosed amount in angel funding from Chandigarh Angel Network (CAN). The startup also claims that it is in talks to close $4 million as part of its pre-Series A round.

“We started out with a problem statement that whether customers are ready to pay for convenience. New-age customers are pressed for time and struggle to find everything under one roof. They still demand an assortment of products available in the markets with the twinkling of an eye,” said Chetan Agarwal, co-founder of Qlivery.

The startups makes money by charging customers a comfort fee for the deliveries, charging a fee from the merchants on its platform. Qlivery also plans to introduce a subscription based payment model.

Qlivery runs its own delivery fleet which collects and delivers items according to customer’s needs. It also allows customers to place pick and drop orders or task orders. The company’s delivery operations is executed through a mix of owned fleet and third-party delivery agencies.

Qlivery,which claims to have serviced 16,000 customers till date is currently operational in Gurgaon will expand its services to Delhi NCR by April 2016 and hopes to expand to Bangalore, Pune, Hyderabad and Mumbai by the end of 2016. Qlivery also plans to tie up with various hotels and offices to provide on-demand concierge services to employees and travellers.

“Modern trade as an industry is approximated at $60 billion, which is only 10 per cent of the total retail market in India. Consumers' desire for comfort driven by income growth, urbanisation and attitudinal shifts is going to propel this industry,” said Vaibhav Jain, director at Swastika.