LateRooms, owned by German travel major TUI Group, offers a full range of accommodation options with over 54,800 properties globally that can be booked up to a year in advance. It also owns other internet properties such as AsiaRooms.com. 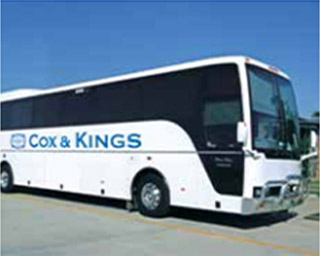 “We are confident that bringing the LateRooms brand and technology into the fold will provide a significant boost to Cox & Kings’ growth trajectory and technology capabilities,” said Peter Kerkar, director, Cox & Kings.

Founded in 1999, LateRooms was started as a price comparison site and moved to an online transaction property for hotels in 2002. In 2006, it was acquired by British travel firm First Choice for £120 million. This was just ahead of First Choice's merger with TUI Group.

The hotel booking platform claims it has 3.5 million opted-in and active consumers and had 93 million online visits in the financial year ended September 30. It recorded total transaction value of £300 million and net revenue of £50 million for the year, and derived 57 per cent of its traffic through mobile users.

Cox & Kings said the acquisition fits its strategic intent to expand its global online and B2C leisure proposition. It will also benefit from LateRooms’ association with the Cox & Kings subsidiary SuperBreak Mini-Holidays Ltd, a short-break packaged holiday specialist in the UK.

In 2006, LateRooms was acquired by British travel firm First Choice for £120 million.

Cox & Kings has been actively expanding its business in Europe, especially in the UK. Four years ago, it had acquired UK-based Holidaybreak Plc for Rs 2,250 crore through its wholly owned subsidiary Prometheon Holdings in the UK. A year later it brought in Citigroup’s private equity arm, Citigroup Venture Capital International (now part of The Rohatyn Group), to invest in Prometheon.

The LateRooms deal would also put Cox & Kings in a position to offer a wider bouquet of options for its outbound customers from India, besides taking other established online travel agencies such as MakeMyTrip head-on.

Three years ago, it had also acquired the Hotel Travel Group (HT Group) for $25 million. The HT Group, under the brand ‘Hotel Travel’, has been operating the website www.hoteltravel.com for more than a decade in Southeast Asia, although its booking platform offers hotel reservation across the world.