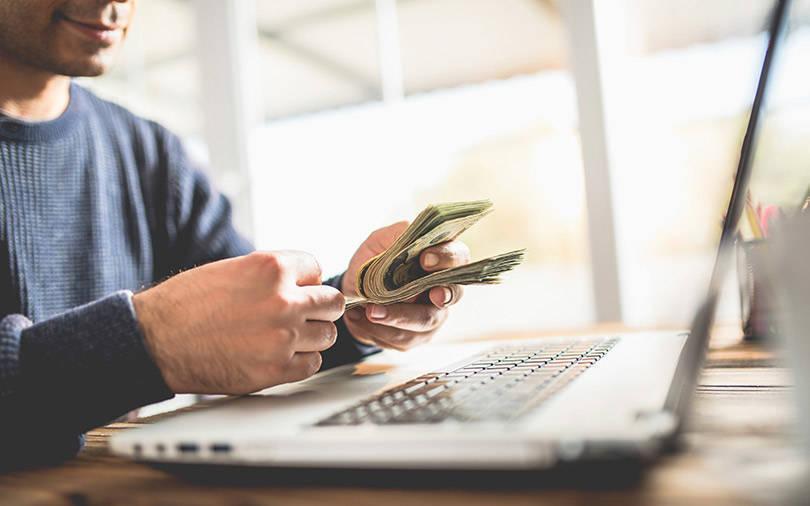 The spring started out rosy for the Indian arm of ClearScore, a company that offers online credit scores and loans.

Within weeks, the coronavirus pandemic had taken hold, drastically changing the picture for the online lending industry in Asia.

“In the second week of March, we were talking about what a great quarter it would be and a month later I had to let go of the team,” said Hrushikesh Mehta, country manager for India at ClearScore.

The UK-based company shuttered its India business on April 13, as 10 out of 14 lending partners withdrew their products within three days of the launch of a nationwide lockdown.

Alternative lending companies and platforms across Asia are scrambling to raise funds and stave off bankruptcy as they face a wave of bad loans.

Sixteen lenders and investors in markets across Asia Pacific said companies were laying off staff and cutting costs to survive.

Online lending had been one of the hottest sectors in recent years, as new players bet that a digital approach meant they could lend profitably to entities that banks found too costly or bothersome.

Asian online lenders raised more than $4 billion in 2017 and 2018, with Indian and Indonesian companies most prominent, according to data provider Tracxn.

In India there are nearly 500 online lending start-ups, and roughly 160 in Indonesia, many backed by Chinese money.

Some are peer-to-peer platforms (P2P), which match borrowers with individual lenders who hope to earn a higher return on savings; others use their own funds or partner with other institutions. Many combine all three approaches.

But as economies across Asia went into lockdown to limit the spread of the new coronavirus, many borrowers defaulted.

“I think it is only about 20 to 30% of (Indian online lenders) that are well capitalised, and the rest are going to struggle. 70% are staring at an existential crisis,” one online lending chief executive said, speaking on condition of anonymity because of the sensitivity of the matter. “Since the lockdown started, demand is down by 90% and lending now is down by 95%”.

“This is a test. Those come out unscathed will be the champions in a more saturated P2P landscape going forward,” he said.

The IMF expects Asia to record zero growth for the first time in 60 years, as lockdowns bring service sectors to a halt, exports plunge, and companies and individuals stop spending.

Small and medium-sized enterprises and workers in the informal economy have been particularly hard hit. Asia-focused banks including, HSBC and DBS have taken greater provisions against bad loans, but alternative online lenders are worse off than their traditional competitors.

Indonesian online lenders had an NPL ratio of 4.22% in March, according to data from financial regulator OJK, up from 3.65% in December, compared to 2.77% for traditional banks.

“Most fintech companies provide smaller-sized loans for middle-low borrowers to fill the gap that banks could not reach. This cohort is unfortunately one of the most impacted by the pandemic,” said Markus Rahardja, of BRI Ventures, the corporate venture arm of state-owned Bank Rakyat Indonesia.

It is also harder for some lenders to get repaid.

“Because everything from the paperwork to lending happens online, consumers find it easier to default,” said Ashvin Parekh, a Mumbai-based independent financial consultant.

Online lenders that fall outside the traditional bank regulations have fewer requirements in many markets about how much capital they must have on hand. That makes them more vulnerable to a wave of defaults, said Etelka Bogardi, a Hong Kong-based financial services regulatory partner at law firm Norton Rose Fullbright.

Survival of the fittest

Lenders must decide whether to lend more - there is demand from businesses and individuals desperate for cash - or hunker down.

“If you have lots of money and you have reporting requirements, you might choose the approach of issuing more loans,” said Jianggan Li of from Singapore-based venture outfit Momentum Works. “But that’s dangerous, the minute the loans are issued, people can’t pay back on time.”

Abheek Anand, head of Southeast Asian investments at Sequoia Capital, told a DealStreet Asia event he had warned portfolio companies to be careful and avoid temptation.

More cash is necessary for either strategy. But venture capital funds invested just $388 million in online lenders in Asia in the year to May, a sharper decline than overall fintech investment.

“The last thing I want to be getting into at the moment is online lending,” said one China-based VC investor. “It’s just one turn of the glass and you go from being the good guy supporting microfinance, to backing loan sharks.”