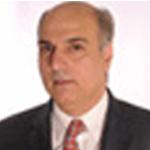 On Monday (September 5), private equity major ChrysCapital an undisclosed amount in Ahmedabad-based branded formulations company Eris Lifesciences. The company was founded less than five years ago by first-generation entrepreneur Amit Bakshi, who has also worked in companies like Intas Pharmaceuticals. The Eris deal was the first investment by ChrysCap in an unlisted company after a gap of four years, the last being Mankind Pharma in 2007.

VCCircle caught up with ChrysCapital MD Sanjiv Kaul for a quick chat to know more about the investment in Eris and opportunities in the pharma space. Kaul has 25 years of management experience in pharmaceuticals, of which the last two decades have been with Ranbaxy in various senior executive roles.

On the Eris Lifesciences deal

We have been tracking the company, quarter-on-quarter, for the last two-three years and I have been in touch with the promoter for the last four-five years. We thought it to be a very different company and even though it was founded only five years ago, it has become one of the fastest growing pharmaceutical companies in the last two-three years. So, when there was an opportunity to invest, we went after it pretty aggressively. The promoter and the management of Eris were also keen to associate with ChrysCapital, as we dominate the space with investments in companies like Zydus Cadila, Intas Pharmaceuticals and Mankind Pharma.

Consider the Indian pharmaceutical market as a pyramid. When we invested in Mankind, we realised that this company would create a phenomenal value using the bottom-of-the-pyramid strategy. Of course, Mankind Pharma revolutionised the concept of pharmaceutical marketing in India and today, every board talks about its structure. Next, we invested in middle of the pyramid. Our investment in Zydus Cadila has given us major returns; in fact, we have earned four times return in three year. Intas, too, is a major success as the company has grown more than tenfold in the last five years.

We also realised that there’s an opportunity at the top of the pyramid, which focuses on best products and doctors. And Eris is the most attractive player there. With Intas in the middle, Mankind at the bottom and Eris at top of the pyramid, we believe we have got the best representatives in these segments.

Eris is focused on very niche segments and has built its reputation in areas like cardiovascular and diabetes treatment. It also focuses on gastrointestinal, orthopaedics and gynaecology. As the size of the Indian pharma market is Rs 55,000 crore, the top-of-the-pyramid market that the company is targeting will be approximately 20 per cent or Rs 11,000 crore.

On opportunities in the pharma sector

We believe that there are still some great formulation opportunities and we are in close touch with a couple companies in that space. We will look at them at the right time when they need capital.

I am not so optimistic about the contract research and manufacturing segment (CRAMS) and certainly not about the biotech sector. We still need to create the requisite competency in these segments and need the right ecosystem which the industry, regulatory authorities and the government have to provide for biotech and innovation to take off.

On MNC interest in the Indian pharma sector

I have no doubt that their interest in the Indian market will continue to increase. How many markets in the world are growing at the rate of 14-15 per cent levels? The penetration of western medicine in the Indian market is still probably at only 35 per cent. So, besides the growth in medicine consumption, people coming under the ambit will also increase in India.

When I look at various segments, I still believe that the domestic market is going to be a phenomenally attractive opportunity. The larger the market, the better the returns in terms of growth rates and EBITDA multiples. The second is the export of generics, which is also promising.