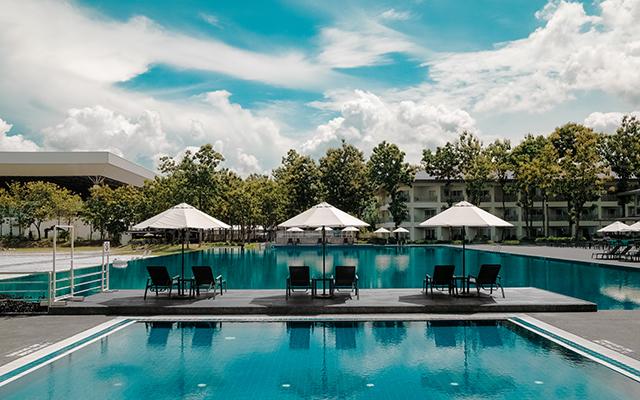 Existing financial investors Bessemer Venture Partners Trust and New Vernon Private Equity have exited Sarovar Hotels & Resorts as part of the transaction, the statement said. However, the financial details of the deal were not disclosed.

Bessemer Venture Partners and New Vernon Private Equity had together invested Rs 38 crore ($8 million then) in Sarovar Hotels for a 30% equity stake in 2005.

A person close to the development told News Corp VCCircle that the deal could be valued around $50 million (Rs 340 crore).

The Economic Times said Louvre is to pick up 75% stake in Sarovar, citing unnamed people.

The deal is believed to have valued Sarovar Hotels at around Rs 450 crore ($67 million), of which the PE firms would pocket about Rs 135 crore ($20 million). This would translate into 3.5x returns in local currency for the two investors. However, given the 11-year-long holding period, the internal rate of return (IRR) works out to be just around 12%, according to VCCircle estimates.

PE firms usually chase IRR or annualised returns of 20-30% in local currency in emerging markets like India. The returns, in dollar terms, would be still lower, at under 9%.

Louvre Hotels Group, which has been present in the Indian sub-continent since 2007, currently manages 22 hotels under its Golden Tulip Umbrella brand. Following the transaction, the Golden Tulip Hotels business will also amalgamate with Sarovar Hotels. However, there will be no change in the management of the Sarovar Group and the existing management team following the transaction, the statement said.

"The association with Louvre Hotels Group will help us to spread our wings further and we will continue to develop our brands," said Anil Madhok, executive chairman, Sarovar Hotels.

Avendus Capital was the sole adviser to Sarovar Hotel shareholders for the transaction.

Sarovar Hotels, which was founded in 1994, has grown from 4,500 to nearly 6,000 rooms in over 50 cities in the last five years, the statement said. It has a secured pipeline of over 16 hotels, most of which are due to join the network shortly, it added.

The hospitality group has also started to develop its brands outside India, targeting Africa and, more significantly, Eastern Africa.

“Number 2 in Europe, Number 1 in China, and now a leader in India, we really are a major global player, present in all major markets, and in all the hospitality segments," said Pierre-Frédéric Roulot, CEO, Louvre Hotels Group.

India’s hotel industry hasn’t fully recovered from the global economic crisis of 2008, but the situation has marginally improved in the past couple of years as domestic demand picked up gradually and hotel companies slowed expansion. Ratings firm ICRA expects the industry's revenue to rise from 8% to 10% in 2016-17, and the pace to accelerate to 10-12% next year.

In another major deal in the space, Marriott International, which operates over 4,000 properties globally, had in late 2015 announced that it will buy Starwood Hotels & Resorts in a $12.2-billion (£8 billion) cash and stock deal.

The Times of India reported last year that a clutch of marquee investors were in the race to pick up a 25% stake in Lemon Tree Group of Hotels. The deal may lead to a partial or complete exit for Warburg Pincus on its 10-year-old investment.

The article has been updated with some additional information related to the transaction.