Bikanervala in talks to raise $30 mn from PE firms 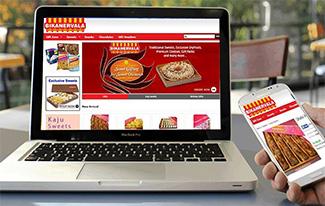 Bikanervala Foods Pvt. Ltd is in initial talks with private equity firms to raise as much as Rs 200 crore ($29.7 million) to expand its packaged food products business under the Bikano brand, according to a report.

The Mint newspaper, which reported the development citing two persons it didn't name, said that the company had hired IDFC Bank to scout for investors and that it planned to sell a minority stake.

An email query to Bikanervala, which mainly sells sweets and savouries, didn’t elicit any response by the time of filing this article.

Besides its packaged food segment, the company also runs about 50 store-cum-restaurants in India, Nepal, the UAE and New Zealand. However, the bigger chunk of revenue comes from Bikano products.

The company has five manufacturing units in the country, mostly in Delhi-NCR. Apart from selling its products in India, it exports to countries across Asia, Europe, Africa, and to Australia, and the US.

The company started as a snacks maker but has gradually expanded to other categories such as beverage and cookies over the years.

Bikanervala's net sales rose to Rs 492.6 crore for the financial year 2014-15 from Rs 415.5 crore the year before. Net profit grew to Rs 20.5 crore from Rs 15.7 crore, according to VCCEdge, the data research platform of VCCircle, based on the company's filings to the Registrar of Companies.

The company’s fundraising plan comes at a time when its market rivals such as Prataap Snacks and Balaji Wafers are eyeing initial public offerings to raise capital.

Balaji Wafers was earlier in discussions with PE firms such as Capital International, Blackstone and Actis to raise capital where it was rumoured to be selling as much as a 15% stake. But the terms of the proposed deal turned off the promoters.

The snacks segment has attracted several PE investors in the past couple of years.

In another deal that year, WestBridge Capital Partners picked up nearly 25% stake in DFM Foods, the maker of salted snacks under the 'Crax' brand from its promoters, for Rs 64.5 crore, or a little over $10 million then.

According to consultancy firm Technopak, the branded salty snacks market was estimated to be worth Rs 10,000 crore ($1.68 billion) in 2013, and was projected to grow at a CAGR of 15-18% over the medium term.

This market can be broadly divided into two segments. The first segment represents western snacks such as potato chips and extruded snacks. The other is traditional snacks namkeen, bhujia, bhakarwadi, khakhra and banana chips.

PepsiCo leads the western snacks market, and, together with other prominent players in this segment including ITC, Balaji, Parle Products and Haldiram’s, holds a share in excess of 70% of the market.

In the traditional snacks space, Haldiram’s and Balaji Wafers are two prominent brands. The rest of the market is highly fragmented as it is driven by strong regional tastes and preferences.