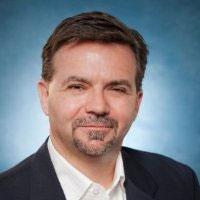 The report added citing sources that the appointment is linked to Bharti Enterprises scouting for new international partners for the retail business.

Wimsatt comes on board as number two to new chief of Bharti Retail Raj Jain, the former head of Walmart in India.

Wimsatt joined Bharti Retail early this month and had previously served two years as the COO of Bharti Walmart joint venture. For the last four years Wimsatt was serving as vice president of Global Format Development & Operations at Wal-Mart.

In October last year, Wal-Mart Stores announced that it is buying out Bharti Enterprises in their equal equity wholesale retail joint venture Bharti Walmart, marking a split in their retail venture. The employees of the JV firm were given the option of either working with Walmart India for its existing wholesale cash & carry retail chain or for Bharti Retail.

Bharti Retail independently operates neighbourhood retail chains under the Easyday brand spread across the north India region besides states like Maharashtra in the west and Karnataka in the south.

Both firms are now in the process of rebuilding their top management. In December, Wal-Mart Stores named Krish Iyer as president and CEO of Walmart India, effective from January 20, 2014. Iyer replaced interim CEO Ramnik Narsey.