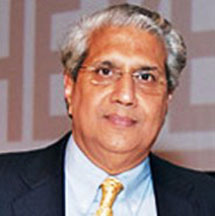 Reliance Industries-controlled Network18 Media & Investments Ltd said CEO AP Parigi has stepped down from his position and will move to an advisory role in the media and entertainment group.

The change will come into effect from October 1, the company said in a statement.

This comes just over a month after the firm hired Rahul Joshi as CEO, News, and group editor-in-chief from Bennett, Coleman & Co Ltd (BCCL), the media house that runs Times Group. Joshi was earlier editorial director of The Economic Times, the country’s largest business daily.

While formally welcoming Joshi, Adil Zainulbhai - chairman of Network18 - said in an email sent to the entire Network18 Group on Monday (September 28) that as the CEO-News and Group Editor-in-Chief, Joshi will spearhead -- and ultimately drive with "ownership mindset" --- all aspects of the company's portfolio.

In a parallel development, Senthil Chengalvarayan, Editor in Chief, Business Newsroom, Network18 has quit the firm. He was associated with the firm since its early days.

Network18 did not disclose who will take over as the next group CEO. An emailed query to Network18 seeking further information did not elicit any response immediately.

Parigi was appointed as the group CEO in January this year when he took charge from B. Saikumar, who had quit as group CEO of the firm in May 2014.

Parigi was appointed as the group CEO in January this year when he took charge from B. Saikumar, who had quit as group CEO of the firm in May 2014.

Kumar's departure was a precursor to a large-scale change at Network18 where the ownership of the company changed hands with billionaire Mukesh Ambani-led Reliance Industries picking a majority stake in the biggest deal in the Indian media sector. This marked the culmination of a multi-tier deal originally struck three years ago, where, in the first leg, the group had bankrolled Network18 promoters to buy Eenadu with convertible debt.

Zainulbhai said Parigi strengthened the management team and helped stablise the company's operations. “This has put Network18 on a sound footing for future growth,” he said.

Parigi has over 40 years of experience across sectors such as media and entertainment, telecommunications, and infrastructure, among others.

Prior to joining Network18, he had been the managing director and CEO of ENIL (Radio Mirchi, part of Bennett, Coleman and Co Ltd). He had also been MD and CEO of Eros Media International, as well as the now defunct BPL Mobile Communications (later Loop Mobile).