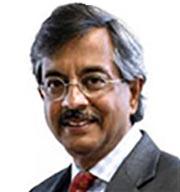 AION Capital Partners, a joint private equity fund sponsored and run by Apollo Global and ICICI Venture, has come in as the main financial backer for what appears to be a management buy-in of GE's Indian commercial finance business.

The PE firm is backing Pramod Bhasin and Anil Chawla, former top executives at GE India, for the transaction. Bhasin is the former chief executive of BPO major Genpact while Chawla had quit as the head of GE's commercial finance business in India to form hedge fund DE Shaw's Indian operations a decade ago.

This transaction is expected to close in the next four to eight months, subject to approval from regulators including the Reserve Bank of India, as per a regulatory filing. Terms of the transaction were not shared but the deal includes the sale of auto leasing, healthcare financing, and corporate lending and leasing business of GE Capital.

Besides GE Capital Services, the diversified US firm’s financial services business in India straddles a joint venture with State Bank of India for credit cards and a consumer finance venture through GE Money.

GE had sold its housing finance business in the country to PE-backed Magma Fincorp three years ago. Over time, GE has also discontinued its private equity investments in India.

Previously, The Economic Times, citing unnamed sources, had said the impending deal is worth $350 million.

Last April, the world's top alternative assets manager Blackstone and American financial services firm Wells Fargo had inked an agreement to buy almost all of the assets of GE Capital Real Estate in a transaction valued at about $23 billion.

“For investors, we anticipate our high-value industrials to generate more than 90 per cent of our earnings by 2018,” GE had said a year ago.

Previously, in August, it had sold the online deposit platform to Goldman Sachs and the healthcare financing operations to Capital One Financial Corp.

Rationale for the buyers

For AION Capital, this is the fifth known investment after it raised a record $825 million in a special situations fund in 2014, according to VCCEdge, the data-research platform of VCCircle.

Last October, it had invested Rs 600 crore ($90 million then) to buy an undisclosed stake in Varun Beverages Ltd, one of the largest bottlers of PepsiCo in India and some international markets. In the past, it has invested in Jyoti International, Avantha Holdings and Mytrah Energy.

For Bhasin and Chawla, the deal would mark a return to a common company after a decade.

Bhasin, who stepped down as the CEO of Genpact in mid-2011, has turned into an angel investor. He has also teamed up with the former vice chairman of Credit Suisse, Vikram Gandhi, who now runs his own boutique investment banking firm, to invest in Bangalore-based Unitus Seed Fund through their joint social enterprise-focused fund ‘Virtual Fund’. Bhasin had earlier teamed up with Pia Singh, daughter of DLF chairman KP Singh, for a venture in the education and training sector, named Skills Academy.

For Chawla, who led DE Shaw's business in India and was also instrumental in sewing a JV between the hedge fund group and Reliance Industries, this deal would mark a return to a business he headed between 1996 and 2006.

After quitting DE Shaw in 2012, he worked as a consultant with the group for two years before floating an India-focused clean-technology fund The Alternative Energy Fund (TAEF) and also got associated with Singapore-based SI Advisors Pte, as per his LinkedIn account. He had floated another firm by the name of Aten Capital. None of these firms have announced any significant activity and it is not clear if they are active.

Interestingly, Aten Capital is an RBI-registered non-banking finance company and it claims to have closed structured finance transactions including sponsor financing and mezzanine finance, besides being involved with workout situations involving dollar and rupee term debt.

It is not clear if Chawla plans to bring the acquired business under Aten and run it directly or remain a minority investor in the target firm.