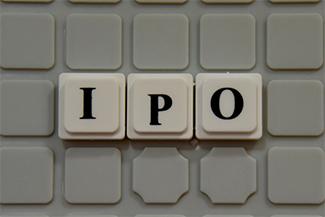 The initial public offering of Advanced Enzyme Technologies Ltd was heavily oversubscribed on the final day of the issue on Friday, making it the second-biggest offering by subscription in eight years.

The issue of 3.23 million shares was subscribed almost 116 times, stock-exchange data showed. This trails only Quess Corp Ltd’s IPO, which received bids for 144 times the shares on offer earlier this month, in terms of investor interest since 2008.

Advanced Enzyme’s IPO was covered 89% on the first day and 4.3 times on the second day.

India's IPO market has seen significant momentum in the past few weeks thanks to a rebound in the secondary markets, which are now near a one-year high. Market volatility in the first half of this year had forced several firms to skip their planned share sales, but the massive response to the first-time share sales of Quess Corp and Advanced Enzyme will offer hope to many companies looking to float IPOs.

The IPO of Quess Corp, which is controlled by Canada's Fairfax Financial Holdings Ltd, had received the highest investor response since the initial share sale of Future Capital Ltd, now renamed Capital First, in early 2008 was oversubscribed 132 times at the peak of the last bull market.

Advanced Enzyme’s IPO comprised a fresh issue to raise Rs 50 crore and an offer for sale of about 4 million shares by its promoters, Kotak Private Equity and other shareholders. The total issue size will be about Rs 412 crore at the upper end of the price band of Rs 880-896 a share.

Kotak Private Equity had invested Rs 30 crore in the firm in mid-2012. It is now offloading around half its stake.

ICICI Securities and Axis Capital are managing the issue.

The company had filed its draft red herring prospectus for the IPO with capital markets regulator Securities and Exchange Board of India in January. It received SEBI approval in early May.

Advanced Enzyme researches, develops, makes and sells about 400 proprietary products developed from 60 indigenous enzymes. It says it ranks among the top 15 global companies in terms of enzyme sales, and has the second-highest market share domestically, next only to the world leader Novozymes.