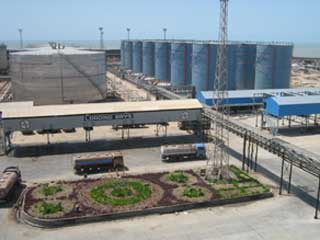 Chemoil-Adani will be completely owned by Adani

Adani Enterprises has acquired 49 per cent equity stake held by its partner Chemoil Energy Ltd in joint venture Chemoil-Adani Pte Ltd for an undisclosed amount, according to a stock market disclosure.

Chemoil Energy, which is a part of commodities trading giant Glencore Plc, and Adani had formed the JV Chemoil-Adani for supplying bunker fuel to vessels in Mundra and other ports in India, including Kandla, Jamnagar, Vadinar, Hazira, Dahej and Goa.

Following the stake acquisition, Chemoil-Adani will be completely owned and managed by Adani and renamed as Adani Bunkering Pvt Ltd.

"Both parties now feel that the time is right to separately pursue their own strategies in this important and rapidly growing market. Glencore and the Adani group have a long and successful association in a number of businesses around the world, and will continue to do so where they see shared opportunities," the joint statement said.

The JV was formed in 2008 to supply marine fuel at the Mundra port initially.

Singapore-headquartered Chemoil Energy is a natural resource company and a major producer and marketer of over 90 commodities. It is engaged in trading marine fuel, aviation fuel and land-based diesel products primarily in the US, the Netherlands, Singapore, Panama and the United Arab Emirates.

Shares of Adani Enterprises last traded at Rs 84.65 a piece, up 0.53 per cent at the BSE in a flat Mumbai market.