Abu Dhabi Investment Authority, the sovereign wealth fund of the emirate of Abu Dhabi, is in final talks with the Hyderabad-based Greenko Group to invest $170-$200 million for a minority stake.

The transaction is expected to close at a $1 billion post-money valuation, The Economic Times reported citing sources.

Greenko, formerly listed on London's AIM exchange, also had $800 million debt as on December 2015, implying an enterprise value of $1.6 billion. GIC of Singapore owns about 84% of Greenko while the renewable energy company's two founders, Anil Chalamalasetty and Mahesh Kolli, hold the rest.

Hyderabad-based drugmaker Laurus Labs is looking to come up with an initial public offering in the second half of the year to raise Rs 750-1,000 crore, The Economic Times reported citing sources.

The company has given mandate to Citigroup, Jefferies and Kotak Securities to manage the issue, the report said.

Fidelity Growth Partners, which also owns a minority stake in the company, is also likely to sell its entire stake through the listing, the report said. 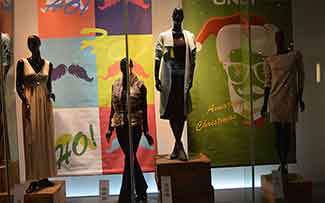 Aditya Birla Fashion and Retail Ltd (ABFRL), the retail arm of Aditya Birla Group, has signed a memorandum of understanding with California-based fashion retailer Forever 21 to buy rights for its India business from its current franchisee Diana Retail Private Ltd, according to a report in The Hindu.

Financial details of the deal, which includes the online and offline rights of Forever 21 for the Indian market and its existing store network in the country, have not been disclosed.

The US fashion brand, which competes with Zara and Sweden's H&M and has a tie-up with DLF Brands for the past three years, has been looking to exit the JV with DLF for a while now. It has a network of more than 700 stores across the world.

Reliance Industries Ltd (RIL) and joint venture partner BP Plc are mulling to withdraw the arbitration against the Indian government to end a tussle over gas pricing, The Economic Times reported.

RIL and BP need to end the arbitration if they want to accept the higher gas prices being offered, the report said. Top executives of Reliance and BP met government officials recently to discuss plans to develop discoveries affected by the new policy, it added.

The government announced a new policy in March that links the pricing of gas from undeveloped difficult fields such as deep sea and high-pressure, high-temperature areas to alternative fuels, effectively doubling the prices.

NALCO to buy back shares to help government raise funds

State-run National Aluminium Co Ltd (Nalco) is looking to buy back 25% of the paid-up capital, or 44.3 million shares, from public shareholders to help the government raise funds and reduce the fiscal deficit for 2016-17.

The company said it has fixed the buyback price at Rs 44 per share and is now seeking approval from public shareholders, who hold a 19.07% stake in the company. The government currently owns a 80.93% stake in the aluminium producer.

The Indian government has decided to auction 67 small fields with oil and gas discoveries to companies for commercial production under a revenue share agreement signed on Wednesday.

This is the first auction after the Union cabinet on March 10 decided to introduce revenue sharing in place of the complicated and dispute-prone profit-sharing model for licensing oil and gas fields that drew adverse comments from the Comptroller and Auditor General of India.

The move is being seen as part of the government’s efforts to attract investors by offering pricing and marketing freedom for oil and gas in the country. The government has also waived a 20% cess on crude oil production. Besides, it has been decided that capital goods imported for developing these fields will not attract customs duty.

Prime Minister Narendra Modi has set a target of reducing crude oil imports by 10 percentage points to 66% of the country’s total requirement by 2022, from the 189 million tonnes imported in 2013-14.