Zapr raises funding from Flipkart, Micromax and others 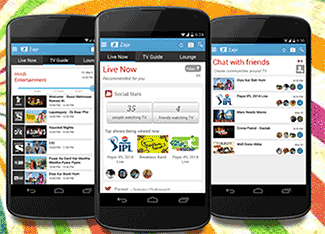 The funds raised will be primarily used to expand the company’s product portfolio for the media and advertising industry as well as to scale up the technology team.

Zapr was founded in February 2012 by Deepak Baid, Sandipan Mondal and Sajo Mathews. Baid is an IIT-Madras alumnus, and has earlier worked with Everest Group. Mondal has an engineering degree from Rensselaer Polytechnic Institute, New York, and was previously involved with Essex Lake Group. Mathews is an alumnus of IIT Kharagpur, and was with Feedback Ventures prior to founding the startup. All three founders are alumni of IIM-Ahmedabad as well.

The Zapr technology enables users to connect the TV screen with the mobile screen, so that the viewer can be engaged across several mediums. Zapr claims to have media consumption data repository which is 100 times larger than its counterparts in India. It also provides insights on the data to brands and broadcasters for advertising purposes. Earlier, the company’s business model also involved providing reward points for watching TV commercials.

The company had received seed investment in 2013 from former IndiaGames COO Samir Bangara and others. GSF Accelerator, a part of the Global Super Angel Forum, had shortlisted Red Brick Lane among five startups for its inaugural batch in 2012.