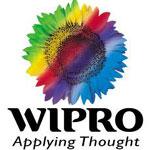 IT services giant Wipro Ltd is scripting a major ramp up in its M&A activity and looking to seal deals cumulating to $1 billion over the next 18 months. The significance of the plan can be gauged by the fact that Wipro has spent such an amount over the last 4-5 years in inorganic growth.

The Bangalore-headquartered IT firm is targeting deals between $50 million and $300 million although “it’s not a hard cap,” group chief Azim Premji told Bloomberg in an interview last week.

According to him, the group is not banking only on investment bankers to bring deals. Wipro has created an in-house team to hunt for acquisitions on its own to ensure that ‘win-rates’ are higher. The team is led by his son Rishad, who was promoted last year as the chief strategy officer of the group.

Premji is among the rising number of promoters who are building internal teams to boost the company’s inorganic growth plans. Business houses like Essar Group, Mahindra & Mahindra, RIL, Piramal and JSW have their internal teams who scan for assets overseas. Wipro is looking for specialised companies in analytics, Cloud computing and mobile communications, and is focused on industries like health care, financial services, energy & utilities and retail, Premji said. “It’s a good time to get a decent price. In a slowdown market, people are a little more hesitant to pursue acquisitions.”

“We want to supplement our growth rates there and go up the value chain,” Premji was quoted as saying.

Hunt for new markets and access to supplementary businesses have been the need for most of the Indian IT services companies.

Wipro, which offers software development and business process outsourcing services, as well as consulting and product engineering, saw its revenues rise to $6.89 billion for FY12. IT services accounted for three-fourth of the company’s business in the year ended March 2012.

Last month Wipro acquired analytics firm Promax Applications group for $37 million. The firm has been following a string-of-pearls M&A strategy with mostly small deals interspersed with a few $100 million-plus transactions. In its biggest-ever deal yet, the company had acquired Infocrossing Inc., for around $600 million, to strengthen its infrastructure management services offering in 2007.