Why the IPO fundraising boom will sustain for some time

Stock markets in India have had a healthy run both in terms of secondary markets as well as IPO markets. This has led a lot of people to ask the question – are we witnessing an unsustainable fundraising boom?

Depending on who you talk to, the answer will be a yes or no. The naysayers will draw parallels to 2007-2008 boom and bust while the optimists will back up their views with macroeconomic data and global trends in liquidity.

My view is that the answer is somewhere in the middle. Yes, we are seeing elevated activity which may not be sustained beyond the next few years but it is unlikely that we will see the boom/bust cycle that marked 2007-2008.

It is imperative to see this activity in context of what happened in Indian markets over the last few years. 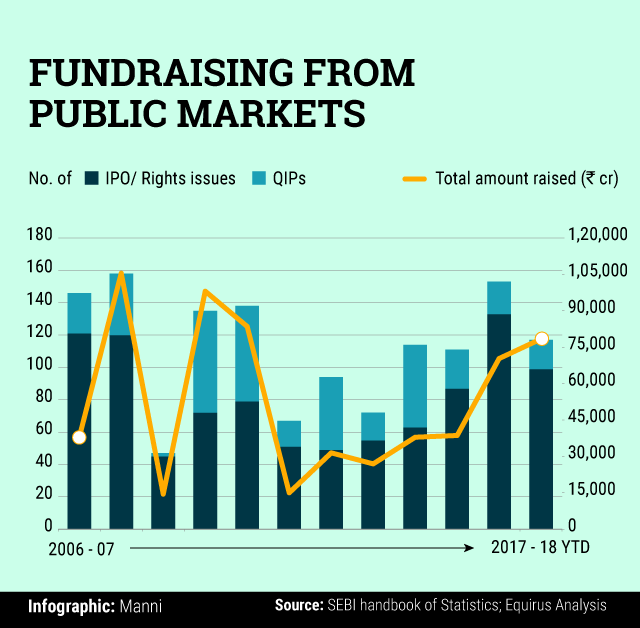 The data on fundraising from public markets and gross fixed capital formation indicates that investments made between 2011 and 2015 were made with borrowings as a principal source of funding.

This was primarily due to lacklustre IPO markets. Thus, companies used debt as a proxy for equity funding. As markets have opened, we are witnessing companies looking to reverse this anomaly. 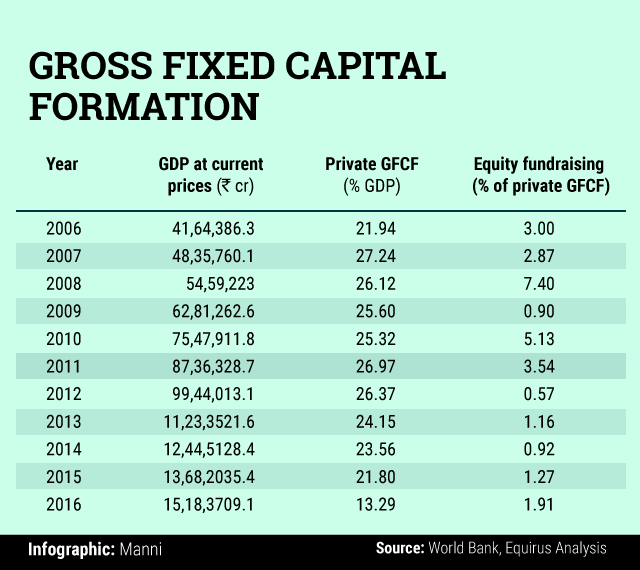 Separately, the window has also allowed private equity investors to explore IPO as a possible exit mechanism to exit portfolio companies. To put this in perspective, over the last 12 months, over 80% of IPOs involved an offer for sale component, most of those being from PE investors.

As the Indian economy starts to gather momentum, we will see demand for private sector capital expenditure contributing towards fundraising as well.

To sum it up, I believe that unless something catastrophic happens, the IPO markets will see sustained heightened activity for the next few years followed by continued healthy rate of normalized issuances.