The Union Budget and Corporate Sycophancy 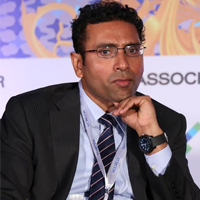 As an exercise in mass sycophancy by the business community, the Union Budget is hard to beat. No sooner does the Finance Minister (FM) finish his budget speech in Parliament, corporate captains fall over each other to hail the budget on the news channels. The sycophancy climaxes the following day in ghost written newspaper columns where industrialists, stockbrokers and sundry intellectuals discuss how the budget will “torque up India Inc” and help India “hit growth milestone(s)” whilst showing the “vision to propel India to double-digit growth and make the country a manufacturing hub of the world” (all snippets taken from the 1st March issue of the Economic Times).

However, because this ritual has been repeated so many times over the past 20 years, the sycophancy has lost its resonance with the people who run the country – our rulers know that the same tycoons will criticize them three months later for “not creating an enabling climate for growth” or for “the lack of movement on the ground” (which I read as code for lack of policies which enable crony capitalists to indulge in rent seeking).

All of that being said, the Finance Minister’s second budget presentation was a relative improvement over his understandably feeble first outing on 10th July 2014 (which obviously was hailed at that time as a breakthrough budget), with the acceptance of the 14th Finance Commission recommendations creating a fiscal drag of 1% of GDP for the Center's finances.

The Union Budget for FY16 opted for the following key changes:

(3) Total expenditure growth curtailed; incrementally INR0.7tn allocated to the capex component of public investments. The Government limited total expenditure growth to 5.7% YoY in FY16 (v/s 5.7% YoY in FY15) by keeping plan expenditure unchanged at INR4.65tn whilst increasing non-plan expenditure by INR1tn or 0.7% of GDP. As compared to FY15 the Govt. decided to allocate an extra sum of INR1.3tn for public investments in FY16 (i.e. 0.9% of GDP) with INR0.7tn being the capex related component (i.e. 0.5% of GDP). The sectors that this incremental expenditure is likely to focus on include rural roads, defence and railways.

My view of the budget

There is no compelling vision or agenda emerging from the above: if you want to revive the economy through government capex, the outlay given above won’t do it. On the other hand, if you want to show fiscal rectitude (especially since you are not embarking upon a major capex plan), then slipping your self-stated fiscal deficit target of 3.6% for FY16 and 3% for FY17 does not make sense. If you want to signal to India Inc that you are on their side, then not cutting the corporate tax immediately (from FY16 onwards) is perplexing.

Whilst, as is mandatory in budget speeches, the FM spoke about his focus on the Infra sector, for once there was some substance in the Union Government’s commitment to the sector. Firstly, the FM allocated an extra 0.5% of GDP explicitly for capex (with a likely focus on roads and railways). Secondly, the FM introduced the intriguing concept of “plug & play” projects i.e. projects which will have all the clearances pre-cleared by the relevant bodies in the Government of India. Encouraging as these announcements are, the large listed private sector infra companies are unlikely to benefit from them. The main beneficiaries are likely to be the smaller infra companies (eg. smallcap road builders with healthy Balance Sheets) and public sector entities (such as NTPC) with strong Balance Sheets and a willingness to build for modest ROEs.

The one negative surprise was that the FM seems to be saying that all exemptions from the standard corporate tax rate will gradually be phased out from FY17 onwards. This would appear to suggest that corporates who currently pay Minimum Alternate Tax (infra companies, SEZ developers) could end up paying higher taxes post-FY17. However, since many of these MAT beneficiaries are already locked into prolonged tax disputes with the authorities, it is unlikely that they will materially disadvantaged by the gradual abandonment of corporate tax exemptions.

All of that being said, the critical numbers in the budget are in-line with my colleagues’ expectations. In particular, we had expected the FY16 fiscal deficit to be 3.9% because we had expected the 14th Finance Commission’s hike in the state’s tax take from 32% to 42% to reduce the fiscal headroom for the FM. In that context, the FM’s budget is, to be fair, a realistic affair amidst the unrealistic expectations created in the financial community going into the budget. From the perspective of the incipient of economic recovery, I see the budget as being a relatively neutral event – there is absolutely nothing in it that will help the economy over the next 12 months.

Before I conclude let me highlight two baffling things about this budget. Firstly, the FM actually reduced the capital infusion for the public sector banks by 30% YOY. Given how badly capital strapped these banks are, it is a mystery as to how the public sector banks (which account for over 70% of credit outstanding in India) are going to finance an economic recovery in India. Secondly, the FM articulated a hardline stance on black money – both in terms of saying that domestic transactions have to be through the banking system (rather than being done in cash) and in terms of saying that non-declaration of foreign assets will result in criminal prosecution under existing money laundering laws. Whilst the sentiment behind such a crackdown on black money and hidden wealth is laudable, I cannot but help think that our real estate sector is heading for a big squeeze if that Government follows through on the FM’s budget speech.

(Saurabh Mukherjea is CEO - Institutional Equities, at Ambit Capital and the author of “Gurus of Chaos: Modern India’s Money Masters”. He has no financial interest in the stocks mentioned in this column. )