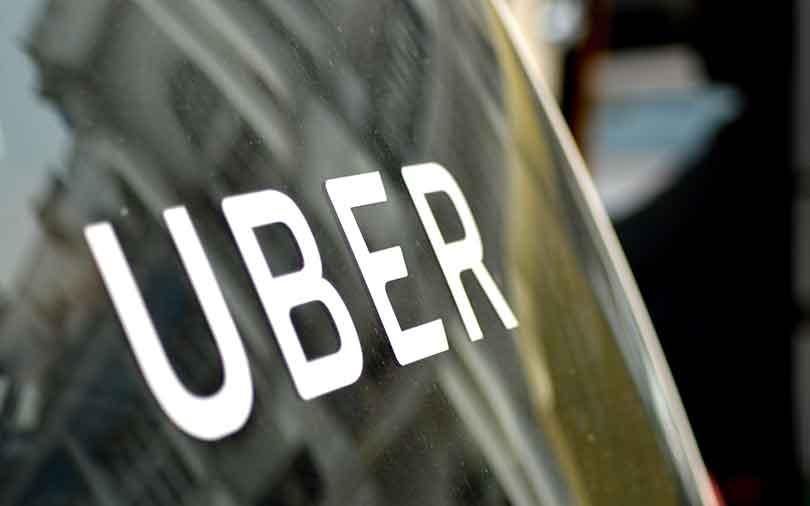 Uber Technologies Inc's ride service bookings slowly recovered in recent weeks as the company expects a coronavirus-related slowdown will delay the goal of becoming profitable by a matter of quarters, not years, Chief Executive Dara Khosrowshahi said on Thursday.

He spoke after Uber reported it had seen encouraging signs in markets hit by the pandemic and posted a 14% rise in revenue for the first quarter, supported by a jump in food-delivery orders at its Uber Eats business.

Khosrowshahi said stringent cost cutting, to the tune of more than $1 billion (808 million pounds) in 2020, would ensure the company stayed on track. Uber on Wednesday said it would lay off 3,700 full-time employees, or roughly 17% of its head count.

The company, which makes the bulk of its revenue through ride-hailing, said trip requests had dropped 80% globally in April, but were slowly recovering. In the United States, Uber's most important market, ride requests were up 12% last week from their lowest point in April.

In large cities in Georgia and Texas, U.S. states that have reopened parts of their economy in recent weeks, trips were up around 45% from their low point in April, Uber said.

Global lockdown orders aimed at curbing the spread of the virus were a silver lining for Uber's loss-making food delivery unit, with many new customers and restaurants signing up for the service as eateries were shuttered.

Uber recorded $3.54 billion in total revenue for the first three months of the year, roughly in line with analyst estimates, but still posted a $2.9 billion loss in the period. That included a $2.1 billion pretax writedown of the value of some of Uber's minority investments.

Shares of Uber rose 3.8% in after-hours trading. The stock gained 11% during regular trade on a stronger-than-expected performance by smaller ride-hailing rival Lyft Inc, which reported first-quarter results on Wednesday.

Uber had originally promised to be profitable on an adjusted basis before interest, taxes, depreciation and amortization by the end of this year, but withdrew its full-year guidance on April 16, citing the uncertainty surrounding the global virus outbreak.

The company on Thursday reported a $612 million adjusted EBITDA loss for the first quarter.

Uber's adjusted EBITDA excludes the cost of the company's extensive stock-based compensation and other potentially significant items, including costs related COVID-19, the respiratory illness caused by the novel coronavirus.

Excluding the $2.1 billion of writedowns, Uber reported a loss of 64 cents per share, compared with Wall Street analysts' expectations of an 88-cent loss, according to IBES data from Refinitiv.

Revenue at Uber's ride-hailing business increased 2% on a yearly basis, but dropped more than 18% from the prior quarter.

Quarterly revenue from restaurant food deliveries rose by more than 50% to $819 million on a yearly basis, but yearly revenue growth at the unit decelerated significantly from the previous quarter.

Uber's food delivery business has traditionally been a drag on the company's bottom line due to heavy spending on customer promotions and driver incentives.

Uber Eats recorded a $313 million loss in adjusted EBITDA in the first quarter, reducing losses by 32% from the previous quarter. The company said it expected a similar loss in the second quarter.

Analysts welcomed the jump in delivery orders, but cautioned it could be a one-off trend during the pandemic.

"The big unknown is whether Uber will be able to retain these Uber Eats customers when the economy opens back up," Haris Anwar, analyst at investing.com, said.

Khosrowshahi said the company was now working on entering the grocery delivery market, both through acquisitions and expansions, and even considering package delivery through its ride-hail drivers.

Nearly two-thirds of Uber's revenue is generated in the United States and Canada, where authorities began ordering people to stay indoors in the middle of March.

Uber's competitor, Lyft, on Wednesday reported a surprise 23% jump in revenue and said strict cost-cutting measures ensured it remained on a "path to profitability."

Unlike Lyft, whose sole focus is transporting people and which operates only in the United States and parts of Canada, Uber's business is global. Some European and Asian countries enacted virus-related curbs earlier in the quarter.