Two Bangalore women give a ‘clean’ twist to co-working spaces 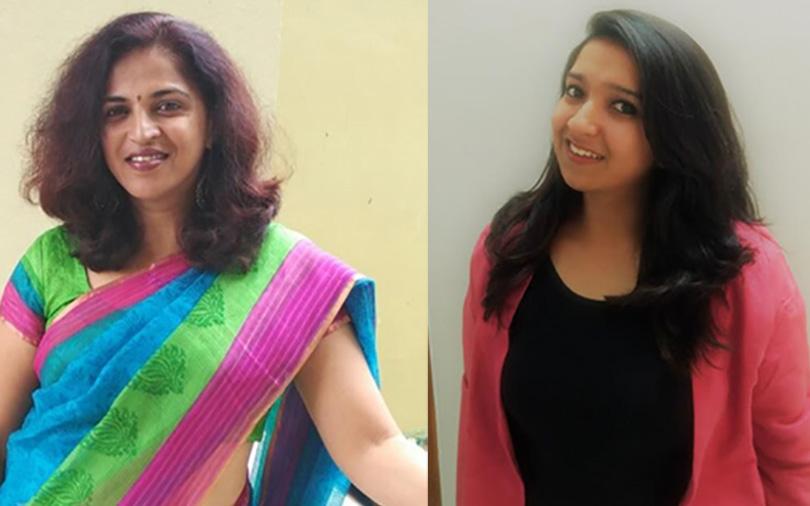 Co-working spaces – the idea of an open and communicative work culture – is finally picking up in the Indian startup ecosystem.

The past two years have witnessed many startups, including Innov8, InstaOffice and 91springboard, venturing into this space to cash in on the opportunity. In fact, several of them have been able to secure a significant amount of funding.

However, most companies have been operating within city limits, providing efficient workspaces to entrepreneurs.

But two “like-minded” women entrepreneurs from Bangalore – Vasudha Veeranna and Seema Sharath – are all set to give a “fresh” twist to the co-working culture with their new venture, Belakoo Co-create. The startup aims to take creative entrepreneurs away from the chaos of city life to offer them a “co-create space”.

Sharath, the owner of a fitness studio Positive Fitness, had first met content and marketing professional Veeranna, who had worked with ad agencies such as Autumn Worldwide and Godot Media, to seek help for a branding and marketing campaign for her gym.

“During one casual conversation, we discussed if we could be out of this chaotic city and still be connected to work. That was when the idea of creating a unique co-working space hit us. We discussed with our friends and realised that this idea could both be feasible and sustainable as a business,” Veeranna told VCCircle.

Over the next 10 months, the duo started working on the nitty-gritty of their venture to come up with the concept of a clean thinking space outside the hustle and bustle of a city. Now, the first Belakoo Co-create facility is being set up in the middle of a 10-acre farmland, approximately 110 km from Bangalore.

“Many startup founders did not get a quiet-space to create something, and we had the answer to their woes,” she added. The startup aims to facilitate product thinking – ideation, prototyping, finishing products and solutions ­– at a place where they can check-in for two to three days to work on projects 24x7.

Once the duo firmed up the concept, they approached Shivananda Koteshwar, director at Taiwanese chip maker MediaTek. Soon, he agreed to put the initial investment of Rs 40 lakh in Belakoo Co-create. The funding has been used to set up the infrastructure.

“There are lot of co-working spaces that have mushroomed in Bangalore. Initially, these spaces had a lot of meaning because you co-work and engage. But one of the biggest challenges that I have seen is that it affects productivity and privacy of a startup team. They generally take longer and frequent intervals during work, because if one startup team takes a break others also follow,” said Koteshwar.

“Typically, the moment business teams check into resorts, the mindset is to unwind – you get to work, attend the conference and after 4 pm you are on your own and do not get to meet any of the members to take the discussions forward,” said Sharath, adding that Belakoo Co-create provides startup teams the platform to engage far more in an environment that enhances creativity. “It is a place where you can check in as a team and can work there literally 24x7. It is more like a bootcamp for startups,” she added.

The first Belakoo Co-create facility – a 50-seater co-create space with high-speed net connectivity – is coming up in Malavalli in the first week of April. The green space, built around solar-powered energy, has a common meeting place, sit-out areas, tents and other facilities.

The founders have decided against setting up a kitchen because of hygiene and licensing issues, but will have ‘heat-and-eat’ system, where founders can pick and pay for food boxes. In addition, the startup is also planning to engage with nearby villages for food. “We are asking the villagers if they can help with arranging food. We want entrepreneurs to have a taste of local food,” Sharath added.

Besides, it is in talks to buy a 15-20-seater vehicle for pick and drop facility to ensure safety and security of startup teams.

Belakoo is currently in the process of creating the legal entity, and looking to raise more funds to set up three or four more hubs around Bangalore.

Belakoo Co-create will charge Rs 700 per person per night. And, if a person or team just wants to spend a day, the fee will be Rs 500 per person.

“We are also in talks with some agricultural IoT companies to take up permanent seat here. The biggest challenge with such startups is that they are not being able to experiment their solutions on the field. So, we are asking them to block a permanent seat here so that they can come in and go out anytime, and we can charge them on a monthly basis,” said Veeranna.

The founders are also willing to reach out to groups of college students, who wants to use Belakoo facilities as bootcamps during exams or competitive exams. For instance, they can have an instructor helping them prepare for competitive exams for a week. They are also thinking of running yoga classes during weekends as most startup teams prefer working on weekdays.

Belakoo is working on other revenue models, apart from membership.

Setting up the structure

Most builders have spare land in a 30-40 km range around Bangalore with a lot green spaces. The startup is talking to such builders to set up the co-create spaces.

Belakoo is working on three models to get the space for its facilities. One, a rental model, where they are working on long-term, that is, a minimum of 10-years lease agreement. Two, if the builder likes the idea and wants to invest in land and the building, it will agree to pay higher rent. And three, on a revenue-sharing model with the builder. “However, we want to restrict ourselves to the rental model,” said Veeranna.

To connect with local villagers, Belakoo will be inviting students from local government schools on the fourth Sunday of every month to organise science, crafts and language workshops. “We will organise 10 programmes for free and free meals will be distributed among students. This way it will help us connect with the villagers more effectively,” said Sharath.