Smile Vun Group () Media, a joint venture between Manish Vij’s Vun Network and Harish Bahl’s Smile Group, is in talks for a large round of private equity funding and is targeting to go public in India in 2016-17, the duo told VCCircle/Techcircle.in.

“We are already in talks with a few PE investors for growth capital, but nothing has been finalised yet. The funds will be used to expand our operations to more markets in Asia and the Middle East,” according to Vij.

“We are also looking to make more acquisitions or investment in the digital media space, and are already in talks with a company in India,” he added.

Vij said SVG is currently in talks to raise $40 million in funding to expand to new geographies and to acquire more companies.

SVG Media, which recently snapped up mobile ad network SeventyNine and digital agency NetworkPlay from Gruner + Jahr (the publishing division of European media conglomerate Bertelsmann AG), is looking to float an initial public offer (IPO) in India in a couple of years. 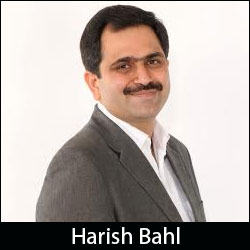 “We want to run the business for long term, but at the same time we want to create liquidity for our shareholders by way of listing the shares in Indian stock market,” said Bahl.

According to him, the firm is looking to do an IPO in the country to attract Indian investors. “Our business has the ability to go public pretty fast, given that the market is ripe and growing fast. Our personal ambition is that we would like to create value for Indian shareholders in the India market,” added Bahl.

Started in 2006, SVG Media is a digital media network with a presence in India, Southeast Asia and the Middle East. The company is serving business in over seven countries and houses performance, mobile, and data targeting businesses such as Tyroo, PrecisionMatch and DGM.

The firm had earlier raised funding from US-based VC fund Xplorer Capital, which had also bought out Yahoo's stake in the firm in 2011.

How a KKR-backed firm slipped into bankruptcy and liquidation
Consumer