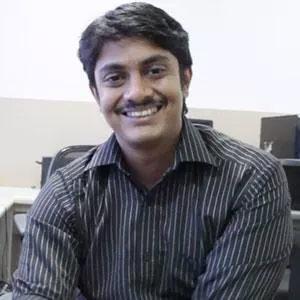 Matrix Partners and Nexus Ventures have invested an additional $13.5 million in Stayzilla, a budget hotels and homestays aggregator, in the Chennai-based companyâ€™s Series C round of funding.

The funding round was closed between November 2015 and January 2016, Stayzilla founder Yogendra Vasupal told VCCircle.

A difficult investment environment was one of the reasons that led Stayzilla, which competes with Oyo Rooms among other hotel booking ventures, to raise funds from existing investors.

â€œWe had sufficient money in the bank and we were not very sure whether we wanted to raise more funds. But we saw the market turn really bad and decided to go ahead with the fund raise as itâ€™s good to have money in the bank and have a runway of 18 months,â€ he said. â€œThis is the most painless round Iâ€™ve ever done.â€

Vasupal said Stayzill is profitable at the â€œroom nights stay levelâ€. â€œStayzilla never operated in a negative gross margin and never discounted. As a company we are already making money and our burn rate is not high.â€

Stayzilla, which is run by Inasra Technologies Pvt Ltd, said it will use the funds to grow its alternative stay and home stay segments.

The fundraising was first reported by the Mint newspaper.

The company was co-founded in 2005 by Vasupal, Sachit Singhi and Rupal Yogendra and was earlier known as Inasra.com. It has nearly 55,000 stay options across categories including, hotels, homestays, lodges, and guest houses across 4,500 cities. Of these, the platform has about 15,000 alternative stay options including 8,000 home stays, and 20,000 hotels. The remaining are lodges and guest houses. Unlike popular online travel agencies such as MakeMyTrip, which offer both ticket booking and hotel reservation services, Stayzilla focuses solely on room bookings.

In February last year, the company had raised $15 million in its Series B round of funding led by Nexus Venture Partners and Matrix Partners. As part of the deal, Nexus Venture managing director Anup Gupta joined the companyâ€™s board.

In the online hotel booking space, it faces competition from online travel agencies such as MakeMyTrip, VC-backed Yatra.com, Goibibo, Oyo Rooms among others. This segment recently has also seen the emergence of startups like Findmystay, a reverse bidding OTA that enables customers to book hotel rooms at the price of their choice.