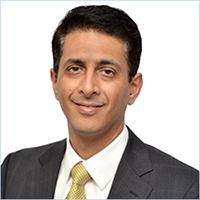 Dhawan replaces Nainesh Jaisingh, global co-head of StanChart PE, who has stepped down due to other pre-occupation, Prime Focus said on Thursday.

Dhawan, who is currently managing director and head of StanChart PE in India, joined the PE firm in 2008. He has over two decades of experience in the financial services space and had earlier served Kotak Mahindra Capital and accounting firm Arthur Andersen.

StanChart PE had last year raised its holding in the firm by acquiring over 9% additional stake from Reliance MediaWorks Ltd (RMW). It currently owns over 21% stake in the firm.

The deal enabled Anil Ambani-led Reliance Group and Prime Focus promoters Naresh and Namit Malhotra to comply with the minimum public holding norms for listed firms. The two partners together owned a 79.8% stake in the firm earlier. They will now own about 35% each.

Although shareholding disclosures still count RMW as a public shareholder, its holding would be classified as part of the promoter group eventually because Reliance Group has become a co-promoter. After the reclassification, it would have had to bring down the total stake to 75%, the maximum allowed for promoters in listed firms.

In 2014, Reliance Group, which took one of its media companies RMW private, merged a part of the firm with the listed Prime Focus to create a global media services powerhouse.

RMW, which was earlier known as Adlabs Films Ltd and was acquired by the Anil Ambani group from Manmohan Shetty a few years ago, moved its global film and media services business into Prime Focus as part of the deal.