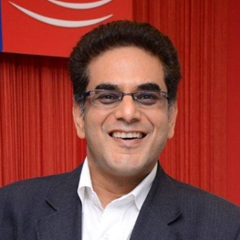 Vikal was serving as CFO of telecom firm Aircel since January 2013. Previously, he had a short stint at budget carrier IndiGo's parent InterGlobe Enterprises and spent a few years at Colt Technology. He was part of Bharti Airtel's finance team for around seven years before joining Colt. He is a mechanical engineer from NIT, Surat and an MBA graduate from South Gujarat University.

Kunal Bahl, co-founder and CEO of Snapdeal, said Vikal's experience in building financial infrastructure in large organisations will strengthen the company's leadership team. Vikal said his focus will be to ensure Snapdeal is financially well positioned yet nimble.

The appointment indicates the scramble for top talent among India’s large e-tailers, who are looking to bring on board people with experience to support the rapid pace of expansion in the industry.