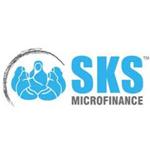 VC-backed SKS Microfinance Ltd has announced a big cutback in operations in Andhra Pradesh, its home state and a region whose local regulations have dealt a major blow to its business after a dream listing on the Indian bourses in late 2010. What was till recently the country’s largest microfinance firm is reducing its headcount by 1,200 or almost one-third of its manpower in Andhra Pradesh and has nearly halved its brand network by closing down 78 branches in the state. The company presently employs 3,400 employees across 180 branches in Andhra Pradesh.

“Closing down the branches and reducing headcount are extremely painful decisions for us, but these have become urgent in view of the present financial situation,” said MR Rao, managing director & CEO of SKS Microfinance.

“The microfinance business in Andhra Pradesh has come to a standstill,” he added.

Rao pointed out how the firm has brought down its business in the state due to the change in regulations.

“We have brought down the residual Andhra Pradesh exposure (net) to Rs 236 crore from a high of Rs 1,491 crore in October 2010 by writing off Rs 1,120 crore. On account of the situation prevailing in Andhra Pradesh for the microfinance sector in the past 18 months, we have incurred a loss of Rs 1,360 crore during the year ending March 2012,” he said.

He said that operations across 17 other states had been subsidising Andhra Pradesh ops for months since the AP MFI Ordinance/Act was passed. “Going forward, in view of the present financial situation, it is imperative that the AP operations remain cash neutral in the interest of fairness to all stakeholders. Also, bank funding is restricted to operations in 17 other states,” Rao added.

The company is also in the process of moving its registered office from Andhra Pradesh to Maharashtra.

However, Rao reiterated that SKS is not closing down its Andhra Pradesh operations completely. The company has also said in a statement that it is not facing any liquidity or solvency issue. “The company has healthy cash and bank balances of Rs 669 crore, with a networth of Rs 435 crore, and strong capital adequacy of 35.4 per cent (as against the 15 per cent stipulated by the Reserve Bank of India) as of March 31, 2012,” the statement said.

SKS Microfinance registered 11 per cent quarter-on-quarter portfolio growth to Rs 1,320 crore in Q4 FY12 in its operations across 17 non-AP states, reversing the declining trend over the previous five quarters.