Schmidt Kicked Up, But Will Anything Change At Google? 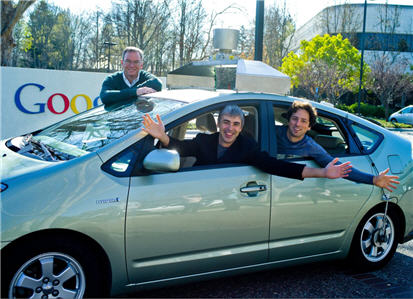 Eric Schmidt announced he is stepping down as the CEO of Google, come April. Larry Page will take over from Schmidt, who will continue as the executive chairman of Google. Sergey Brin will be in charge of strategic projects, and product development, in effect taking over Page’s current portfolio, among other things.

“Day-to-day adult supervision no longer needed!,” says Eric Schmidt, the current CEO and chairman of Google, in Twitter, talking about his lateral move within the company. Of course, this is Mountain View, California, where business deals are made not over golf games but because someone also goes to Burning Man (which is among the reasons why Schmidt was hired by the Google guys in the first place), and venture capital exchanges hands in garages of friends. But even in Mountain View, California, such surprises do come as shocks. Google has had a good year, not the greatest year it would have hoped for, but nonetheless, and its 4Q results are positive as well. There has been no indications that anything has been amiss between Silicon Valley’s holy trinity - Schmidt, Brin, and Page - except the odd rumor here and there; and even after the management reshuffle the three will be working as closely together as ever. Why does the company need a new CEO all of  a sudden?

One would have imagined it had to be Sergey Brin. The next Google CEO that is, if there had to be another. One would have gotten it wrong. Larry Page, the man who will be CEO, is a co-founder of Google, and currently the president, Products, of the company. Page is considered to be the more intellectual of the Google guys, and he has a reputation as a deep thinker, and a major nerd within the company, and outside. Sergey Brin, the current president, Technology, of Google, and the company’s co-founder, is widely believed to be the one with the better business acumen of the two.

Schmidt’s message attempts to explain the change in helm, but his statement raises as many questions as it answers. So far, Technology and Products had been two separate functions within the company and Brin and Page had been in charge of them, respectively. Now Google is clubbing the two together, and putting Page in charge. Schmidt says, “Larry will now lead product development and technology strategy, his greatest strengths.” Fair enough. Product development and technology are indeed Page’s forte.  What is unclear is if leading a company with a $200.43 billion dollars market cap is something Page will be both willing and able to do.  Page is also known to be really nice. And some of the big boys in the club he is about to join are really not. Neither has Page been CEO of any other company ever before, or held a key management position, even within Google, when he was focusing just on the business and management side of things, something as CEO he will be expected to do.

Schmidt’s statement adds, “Sergey has decided to devote his time and energy to strategic projects, in particular working on new products. His title will be Co-Founder. He’s an innovator and entrepreneur to the core, and this role suits him perfectly.” Co-founder is not really a present continuos job-role. Google has already been founded, and why the company would decide not to call its presidents just that anymore, is unclear at the moment. The wording of the statement also begs the question, if it was Sergey’s decision that had anything to do with the reshuffle. And of course, if he is the entrepreneur, why is he not running the company?

Schmidt says that as executive chairman, his new role will involve concenrating on deals, partnerships, customers and broader business relationships, along with government outreach and technology thought leadership. He will also be advising Page and Brin on internal matters. In short, Schmidt’s new role will be exactly what his old role was.

Jeff Taylor used to call himself founder and ‘Chief Monster’ of monster.com, not its CEO, even though presumably that is exactly what he was. It does not really matter what the official designation on the business card says. In the management musical chairs the Google trio just finished playing, they may have gotten new chairs, and colored a few of them differently, but they still own the chairs in between them.

The reshuffle uncouple’s Schmidt legally from the CEO title, and leaves him free to pursue greener pastures, like say politics in D.C., pastures that one day will help Google. The Google guys may or not be nice, but they are definitely not stupid, and Page would not be at the helm, figuratively, or otherwise, if it were not for the other two. One thing is clear. The Google guys and Schmidt will continue to be together for some more years to come. We can expect Page as Google CEO, for the next ten years or so, Schmidt clearly hints. Well, not so much hint, as point out.