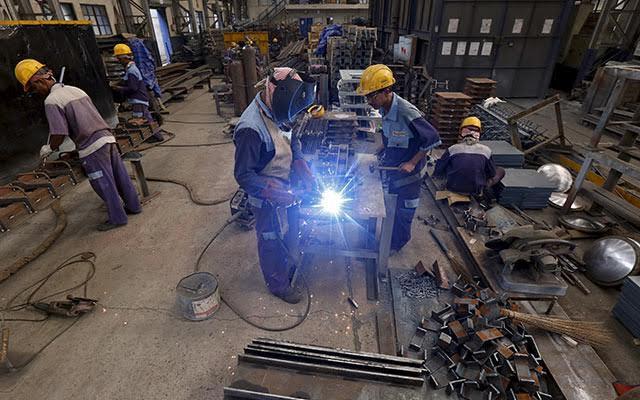 But is the scheme killing manufacturing jobs in India?

At least one academic paper, published by professors and researchers at Georgetown University and the Indian School of Business at Hyderabad, seems to suggest so.

The paper, published in December and reported first by The Economic Times newspaper on 3 January, says that the implementation of the jobs guarantee act has meant that factory jobs have declined by more than a tenth and mechanisation has increased by 22%.

What does the new research say about the impact of availability on industrial labour?

The paper is titled “Government Employment Guarantee, Labor Supply and Firms’ Reaction: Evidence from the largest Public Workfare Program in the World”. It was published by Sumit Agarwal, Shashwat Alok, Yakshup Chopra and Prasanna Tantri.

The paper says that the scheme led to a drop in the workforce as rural migrant labour chose to return back to their villages as it gave them 100 days of guaranteed work each year.

It notes that its base line results show that implementation of MNREGA leads to an approximately 10% reduction in the number of permanent workers. “At first glance, it may seem that any plausible impact on factory employment should have been on contract workers particularly since MNREGA pays minimum wages. However, note that contract workers can simultaneously work for both MNREGA for 100 days and in factories during the rest of the year,” the paper says.

The paper also says that if work under MNREGA requires very little effort due to poor monitoring by the government and has added benefits of working close to home and lower living expenses, then even a permanent worker may consider the possibility of working for MNREGA for 100 days.

“In other words, for workers at the lower end of wage distribution, the welfare gains from working under MNREGA net of leisure and other non-pecuniary benefits such as being close to family may exceed factory wages net of additional living expenses. Given their full-time commitment with the factories, the only way such workers can participate in MNREGA is by resigning from their permanent employment,” it goes on to note.

And what does it say about mechanisation?

The paper says that in the last decade since the scheme was implemented, mechanisation increased by 22%, as factories had to deal with a labour shortage. This increased costs and affected profits.

“Factories respond to the adverse labour supply shock by resorting to increased mechanization. As a result, firms’ cost of production increases significantly leading to a reduction in net profits and productivity. These effects manifest primarily in firms paying low wages, having low labour productivity, greater cash-flow volatility and firms located in states with pro-employer labour regulations,” the paper says.