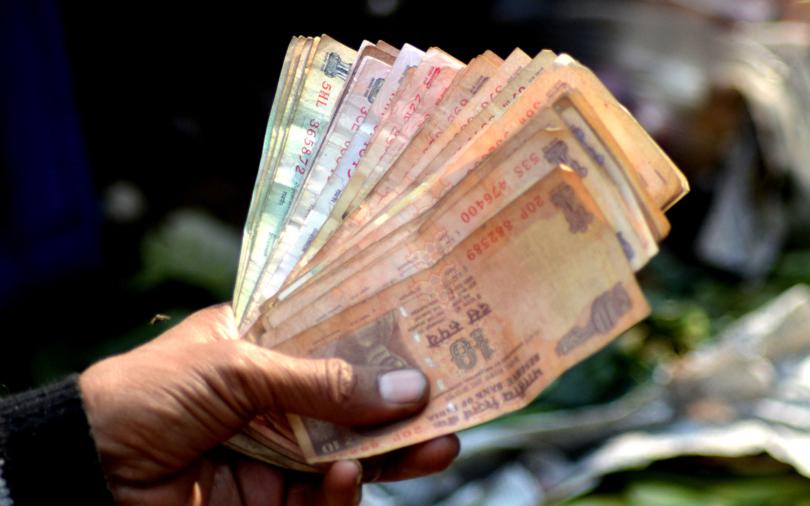 Indian bonds and stocks rebounded after early falls on Tuesday to end stronger while the rupee recovered from the day's low as state election results were not as poor for the ruling party as some expected.

Markets initially plunged in reaction to Patel's resignation announcement, after markets closed on Monday, which shocked many investors.

"Patel's resignation bodes poorly for macroeconomic and financial stability in India," Fitch Solutions Macro Research, a unit of Fitch Group, said in a note on Tuesday.

The broader NSE Nifty tumbled as much as 1.47 percent, but ended the day 0.58 percent firmer while the BSE Sensex closed 0.54 percent higher.

It touched a day high of 71.68, aided by some dollar-selling intervention by state-run banks on behalf of the RBI.

The benchmark 10-year bond yield closed down 6 basis points on the day at 7.53 percent after initially rising as high as 7.71 percent.

"Today's reaction by the markets is surprising to some, but it's a classic 'buy the rumour, sell the news' reaction. The news is already in the market price," Sunil Sharma, chief investment officer at Sanctum Wealth Management, New Delhi.

Patel's resignation came after a month-long tussle over policy with the government that has raised concerns about the central bank's independence as a general election nears.

Government officials had been pressuring the RBI to allow some public sector banks laden with bad debt to lend more easily, and pushed for the central bank to hand over some of its surplus reserves to help fund the fiscal deficit.

"Though both parties have valid arguments on their points of view, the sudden resignation raises questions on whether the Indian government is trying to restrain public institutions and undermine RBI's independence," said Anuja Munde, portfolio manager at Nikko Asset Management in Singapore.

"This resignation, along with political uncertainty, will keep the market volatility elevated in the run-up to the 2019 general elections."

But after the early tumble, and as election results from three important state elections came in, the market changed course.

A senior trader at a large state-run bank said they had been buying debt as all the negative news that had been feared had been delivered.

"Now we have to look forward. Markets are now being governed by macro fundamentals which look good as oil is stable and no rate hikes are expected any time soon."

The ruling party looked set to lose power in three key states, official vote counts showed, likely handing Prime Minister Narendra Modi his biggest defeat since he took office in 2014, but the scale of the defeat did not point to a general election drubbing for Modi, political analysts said.

"Despite the latest setback for the governing party, our view is that the BJP will still secure victory in the general election," analysts at Capital Economics wrote in a note.

"If the BJP does secure victory in the general election, it would open up a window of opportunity in the second half of 2019 to push ahead with its agenda of gradual structural reform, after a relatively disappointing 2018."