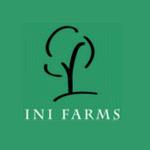 However, some media reports have pegged the investment at Rs 20 crore for an equity stake of 45 per cent.

Unilazer could not be reached out for comments despite repeated efforts. Post transaction, managing director of Unilazer Ventures, Amit Banka, will join the INI Board as a director.

This is the second round of institutional funding for INI Farms, which had previously raised $0.9 million from Aavishkaar Venture Management in January 2011. Ashish Gupta, MD, Helion Ventures and Pawan Vaish, founder of Daksh BPO are also personal investors in the company.

INI Farms was founded in 20101 by Pankaj Khandelwal. Khandelwal, a graduate from the Indian Institute of Technology, Bombay (1996) and a gold medallist from Indian Institute of Management, Calcutta (2000), worked with McKinsey, Mumbai, for three years, before venturing into agriculture consulting.

INI Farms exports pomegranates to Europe, Middle East and South east Asia. It currently houses pomegranate plantations in Maharashtra and Madhya Pradesh. The company plans to use the capital proceeds to increase its productivity levels. It plans to foray into the cultivation and supply of onions, potatoes, bananas and pineapples.

Unilazer Ventures is focused on undertaking PE investment in agriculture, healthcare, education and e-commerce. Its CEO and founder chairman, Ronnie Screwvala, had recently been in news for selling his stake in UTV Software and investing in Omkar Specialty Chemicals for a minority stake.