Bhavnani, who carries a legendary investment mystique in Spanish financial circles, is an investor as well as supervisory board chairman for Madrid-based Axon Capital's India specific fund.

Bhavnani's interest in India, after dabbling in European and Latin American markets for nearly 45 years, comes when global investors are showing growing interest in investing behind private equity funds focused on Asia-Pacific, especially China and India. Investors like Bhavnani could play a bigger role in Indian equity markets as Eurozone's staggering debt crisis keeps the economies including Spain on tenterhooks.

The investments will be routed through a co-branded fund Axon Forum Synergies India Opportunities Fund, which was been registered with the SEBI equivalernt in Spain, and will provide a platform for European investors keen on the India story.

Last week, Coller Capital's Global Private Equity Barometer, a bi-annual survey, said that 38% of European investors (or Limited Partners in industry parlance) will have over 10% of their total investments in Asia-Pacific within the next     three years. Only 16% of them have 10% or more of their portfolio investments parked in this region currently, the survey said.

An email query to Axon Capital remained unanswered at the time of posting this report, while co-founders at Forum Synergies could not be reached for immediate comments. 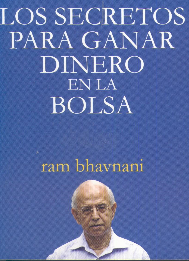 The 65-year-old Bhavnani, who landed in Spain's Canary Islands at the age of 21 to save a struggling trading business of his father-in-law, caught the world's attention when he emerged as significant shareholder in leading Spanish banks such as Banco Popular Espanol SA and Bankinter SA in the last 10 years. Bhavnani has been investing in the     markets from 1986 but gatecrashed into the Spanish banking elite in the late 90s.

Bhavnani graduated from a school near Mumbai. He then worked for a Sindhi expatriate in Hong Kong and married his daughter. In Canary Islands, he built good relations with local banks, took out loans to import goods and started investing in the Spanish stock market , wrote The Wall Street Journal on him back in 2003. Bhavnani now invests through Casa Kishoo SA, which was earlier the family's importing business.

India is the main goal of large European investors with its huge size, economic growth exceeding 8% and its political and social stability, said Axon Capital in a statement, which added:

"India is not only a huge country with impressive growth rates, is also the youngest country, sophisticated and less indebted to those who compose the group of the BRICs. It is estimated that approximately 15% of Indian exports are high value added, against China's 7% or 3% of Brazil or Russia, economies more focused on commdoties."

Coller Capital's Hiro Mizuno, the firm's partner based in Japan, said, "Investors are going after higher annual net returns in Asia-Pacific despite the risks, as the economic instability is rendering the developed markets in the West unattractive at the moment. China and  India are leading the way in terms of attractiveness for growth capital flows into the region."

Recently, Exor SpA, an asset management house of Italy's Agnelli family, which majority owns automobile giant Fiat, said it was putting up to $100 million into a $250 million private equity fund focused on India and China. Independent investment banking firm Rothschild is another investor in this fund.

There has been increasing interest in ploughing funds into venture and growth capital requirements, with KPMG calling India one of the best markets for developing venture capital investments globally. Even some of the large buyout funds have been realigning themselves to the growth capital story in the world's second fastest growing economy.

Axon Capital's deal with Forum Synergies, steered by eight CEOs turned entrepreneurs with enormous operational experience across sectors, could also signal a new trend in investor-fund manager relations, as the LPs could now rely more on experienced professionals, to develop their venture capital investments in a complex country.

Another Indian fund manager that is backed by Spain-based Indian investors is Frontline Strategy, where the Fabiani family house was the anchor in the India Industrial Growth Fund. Madrid-based Harish and Kamal Fabiani, who head realty firm Americorp Group, have invested in companies like Edelweiss, Indiabulls, Avendus, TV18 and Nimbus.