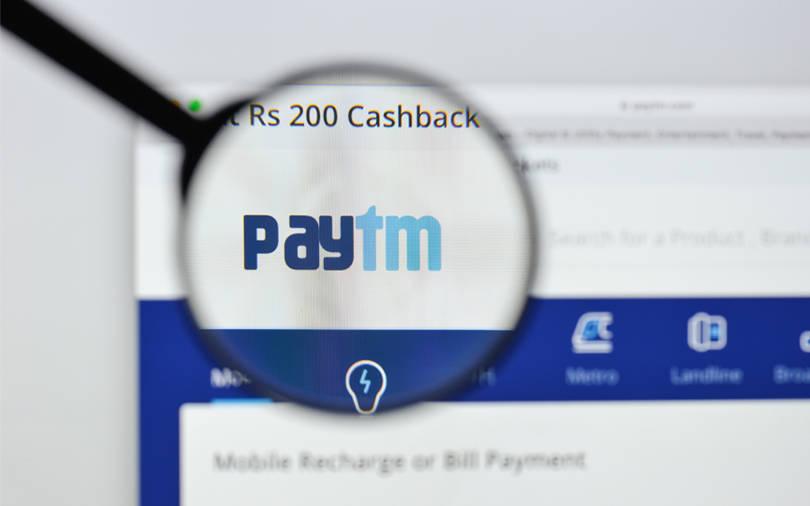 Paytm operator One97 Communications, which has seen its stocks plummet after a disappointing listing last year, on Monday said that it recorded "stellar growth" in the quarter ending December, as its lending business ‘scales rapidly’.

Paytm's loan disbursal volume shot up 401% year-on-year to 4.4 million in the October-December period as compared to the same quarter in the previous year, and value jumped 365% to Rs 2180 crore, said One97 Communications in a stock market disclosure.

The announcement comes as foreign brokerage firm Macquarie in a note on Monday slashed Paytm's target price by 25% to Rs 900 per share from Rs 1,200. Besides, HDFC Mutual Fund, one of the four mutual funds that were anchor investors in its initial public offering (IPO), has reduced its holding in Paytm.

Shares of Paytm on Monday on the BSE closed at Rs 1157.9 a piece, down 6.01% from the previous close. Paytm's shares had an issue price of Rs 2150, and had listed at a 9% discount on its debut on the Indian bourses in November last year. https://www.vccircle.com/paytm-lists-at-discount-share-price-drops-25-on-stock-exchange-debut

In the stock market disclosure, Paytm also said that its gross merchandise value (GMV) grew 123% year-on-year to Rs 250,100 crores during the December quarter.

The fintech firm added that its monthly transacting users (MTU) showed consistent growth in this fiscal, with 64.4 million average MTUs during the period under review, marking a growth of 37% year-on-year.

Paytm was India’s largest public issue, raising Rs 18,300 crore that comprised a fresh issue of Rs 8,300 crore and an offer for sale (OFS) of Rs 10,000 crore by several selling shareholders, including Founder Vijay Shekhar Sharma and the investors.