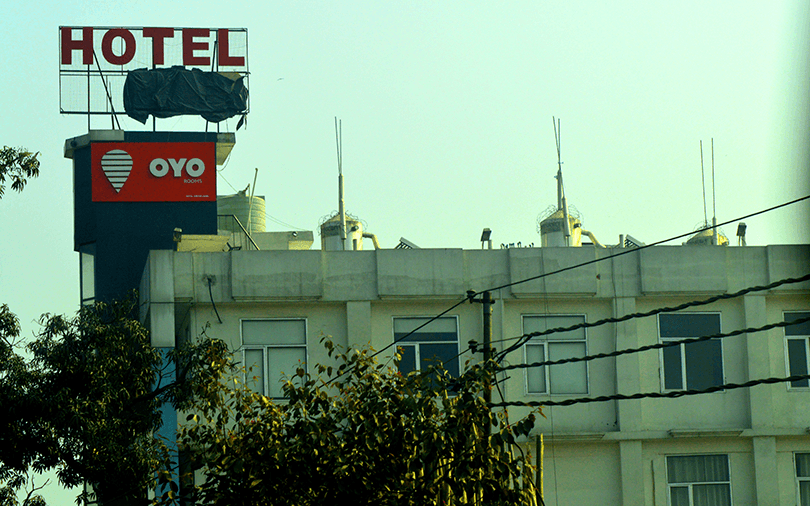 The daily went on to add that the company will be valued at $850 million after this funding round.

In February, media reports had said that Oyo was in talks to raise $300-500 million from the SoftBank Vision Fund, terming it as one of the biggest deals in India’s consumer internet space.

A back-of-the-envelope calculation had put the hotel aggregator’s value at just over $500 million back then.

However, some of the early investors were opposed to the idea of diluting their stake in OYO, which would give Softbank more than 50% control of the company.

The latest round of funding is, however, far lower than the proposed transaction, and the Japanese internet and telecom group will see its holdings in OYO jump from 27% to 42%.

“Seeing what has played out at Snapdeal, many early investors were wary of SoftBank taking large ownerships in their portfolio companies. However, with Oyo failing to shore up capital from external investors, it had to opt for half of what was committed by SoftBank,” one of the persons told the daily.

“We will not comment on this news report,” an Oyo spokesperson told VCCircle in response to an email query.

According to VCCEdge, the financial research platform of News Corp VCCircle, OYO was valued $396-400 million in 2015, when it had raised $100 million from SoftBank.

Subsequently, in August 2016, it had raised another $90 million in a round led by SoftBank. According to the company’s filings with the Registrar of Companies, its share price was 3.5% higher than the 2015 transaction, taking its post-money valuation to a little over $500 million.

Only a handful of budget hotel aggregators had managed to raise funding in 2016, while a few had to shut shop.

Bengaluru-based Ruptub Solutions Pvt. Ltd, which operates Treebo Hotels, had raised Rs 112 crore in a Series B round led by Bertelsmann India Investments.

Last June, Gurgaon-based Casa2 Stays Pvt. Ltd, which runs FabHotels, had raised $8 million in its Series A round from a group of investors, including existing investors Accel Partners and Qualcomm Ventures.

However, Wudstay Travels Pvt Ltd, which had started as a rival to OYO Rooms, had to exit the budget hotel aggregation space in December, most likely because of a funding crunch.

Recent investments by SoftBank include cab-hailing firm Ola, which raised $330 million in fresh funding in February.

In March, e-commerce firm Snapdeal was in talks to raise funds from Softbank, which saw its valuation fall under $3 billion.

However, 2016 was a relatively quiet year for the SoftBank Group, following an aggressive 2015 when it had put copious amounts in Snapdeal, OYO Rooms and Grofers.

SoftBank’s investments in India might be a handful, but the bouquet of investee firms is big enough to make its peers wary. In fact, out of its seven portfolio firms, four – Hike, Ola, Snapdeal and InMobi – are unicorns, with a $1 billion-plus valuation.